CBS Takes Another Friday In The U.S. ITV Again #1 In The UK. Nine Overwhelms In Australia.

Posted on November 22, 2014 by overtheshouldermlb 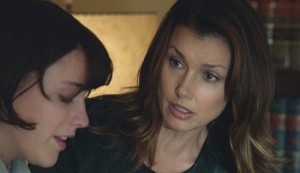 The Tiffany Network hit a creative high on Friday. It didn’t begin at 8P with ‘Amazing Race’ which drew 6.06 million viewers which was a disappointment as it finished in third place in its time slot. But at 9P, one of the best episodes of this or any other year led ‘Hawaii Five 0’ into a Must See ON DEMAND episode. It was so good on so many ways. First it explained the problem with Steve and Catherine. Second it has s superb murder mystery that had a unique ending that has rarely been seen in film or television. Third. it delivered one of the most moving final set-ups this season as guest star Carol Burnett on the lawn of the Royal Hawaiian married Leonard in one of the finest endings of any program anytime. Fourth, it delivered 10.0 million viewers easily winning it time period and passing the baton to the power of the evening. At 10P, ‘Blue Bloods’ delivered another Must See TV ON DEMAND episode. With Frank, Danny and Erin all handling issues of importance, it all stemmed from the issue of ‘giving their word’. It delivered 11.5 million viewers in one of the most satisfying endings of all three stories. Friday at CBS…a proud moment for everyone involved including the suits who put it all together. Not often does a network have two, 10+ million viewer programs on the same evening.

The Alphabet Network had a solid Friday. At 8P, ‘Last Man Standing’ delivered a strong 7.11 million viewers finishing a close second in the time slot. At 830P, ‘Cristela’ slipped a bit to 5.29 million viewers. But at 9P, ‘Shark Tank’ pulled the Disneyites up with 7.83 million viewers as it became the top show on the network on Friday. At 10P, ’20/20′ held on to a few of ‘Shark’s’ viewers and finished with 6.93 million viewers, for second place, nearly 5 million behind ‘Blue Bloods’.

The Peacock Network began with its best program on Friday. At 8P, ‘Dateline’ drew 7.66 million viewers to top the evening at 30 Rock. But then it all went downhill. At 9P, ‘Grimm’ dropped tho third with 5.43 million viewers, not only losing 2 million viewers from its lead in but falling to third. At 10P, ‘Constantine’ fell even further with only 3.54 million viewers. Suits! Do you see what you are doing here? Papa Com is not going to like this.

The Animal Network of Broadcast not only has only two hours of prime time each and every evening but give it away on Fridays as all they do is throw reruns of the week’s programs at the wall to see what will stick. Problem: The wall is made of teflon. At 8P, a rerun of ‘MasterChef Jr’ could only draw 2.39 million viewers. But at 9P, a rerun of ‘Gotham’ which is seen by more than 6 million in its original airing each and every week, only drew 1.25 million viewers because most of its audience is out and not watching television. Cumulatively, over all screens, it draws over 10 million in LIVE+7. But as a rerun on Friday, it doesn’t fit. The Murdoch Minions don’t understand television.

ITV had the top program. But it began at 8P with ‘Secrets from the Sky’ which drew 2.65 million viewers (12.4%). But at 9P, ‘I’m a Celebrity… Get Me Out of Here!’ was Friday’s highest-rated show, entertaining an average audience of 7.73 million viewers and a 34.5% share of the available audience.

BBC Three brought on ‘Family Guy’ and it was among the most popular multichannel shows, peaking with 658,000 viewers (7.1%) for the second of four episodes on Three.

Seven finally broke Network Nine’s consecutive victories by taking Saturday with 28.0% share of the available audience in Australia. Led by the #1 program on the slow summer evening, ‘Seven News Saturday’ drew 777,000 viewers. It was the only Top Ten program on Seven all night long.

Catch up with the latest edition of Media Notes Canonical at: http://bit.ly/1sr2a7n
This week: Where Can Digital Video Ads Have Consumers Attention? Smartphones!