CBS Dominates Tuesday In The U.S. ITV #1 In The UK. Seven On Top In Australia.

Posted on November 19, 2014 by overtheshouldermlb 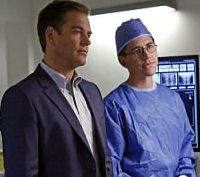 CBS was #1 as ‘NCIS’, the world’s most watched drama, was the top program again on Tuesday.

The Tiffany Network laid down the law on Tuesday. And with it, victory as usual. At 8P, with a powerful episode having the NCIS team investigating the cause of a hit and run accident that resulted in the death of a Petty Officer, Gibbs searched for a way to clear a Navy Hospital Corpsman, who has served two medical tours in Afghanistan, after she was indicted for illegally providing medical aid to the victims of the crash, even though the surviving victims swear by her life-saving techniques. It as usual drew 17.89 million viewers and an 11.0/17. It was Must See TV ON DEMAND episode. At 9P, ‘NCIS: New Orleans’ dealt with a harrowing bit of cyber espionage. With 16.68 million viewers and a 10.0/15, the men and women of the New Orleans unit used every bit of their investigative powers to get through the maze of roadblocks and twists and turns after a sailor is murdered in the Mardi Gras storage area. It was Must See TV ON DEMAND. At 10P, ‘Person Of Interest’ was an episode that leads to an end shocker to be continued next week as a member of the team is about to be exposed. The entire episode was a vast improvement over the beginning of the season as 9.68 million viewers tuned in with a 6.1/10. Black Rock finished ahead of NBC by 76%.

The Alphabet Network could not hold it together on Tuesday. At 8P, a rerun of ‘Shark Tank’ stepped in for canceled sitcoms ‘Selfie’ and ‘Manhattan Love Story’ and finished in third-place with 4.50 million viewers and a 3.3/5. Next at 9P was relocated ‘Marvel’s Agents of SHIELD’ as it finished in third-place with 4.54 million viewers and a 3.1/5. And that led, at 10P, into a third place finish for ‘Forever’ which had a fantastic episode for those who love jazz and pulled in 4.41 million viewers and a 3.2/5. This was one of the best episodes in the new series run. It was Must See TV ON DEMAND. And to understand, you have to know what ‘6AM’ means to the world of jazz. Fantastic!

The Little Network That Couldn’t almost did. At 8P, ‘The Flash’ continues to amaze. It pulled in 3.58 million viewers and a 2.6/4. At 9P, ‘Supernatural’ followed with 2.63 million viewers and a 1.6/2, which was one-tenth of a rating point (or 7%) from one week earlier and beat FOX in the last half hour in this time slot. With just a little bit more, LNTC could beat FOX.

ITV had football and it dominated the evening. From 730P, in the heart of prime time, ITV’s coverage of the ‘Scotland vs England’ friendly scored with 6.19 million viewers (26.8%) to finish #1 on the evening. England won 3-1.

BBC One had to compete with ‘The Missing’ but it dropped to below 5 million when it went up against live football on Tuesday. At 9P, the drama fell to 4.98 million viewers on average (20.9%).

Catch up with the latest edition of Media Notes Canonical at: http://bit.ly/1sr2a7n
This week: Where Can Digital Video Ads Have Consumers Attention? Smartphones!