NBC Wins On Sunday In The U.S. ITV #1 In The UK. Nine Wins Big In Australia.

Posted on November 10, 2014 by overtheshouldermlb 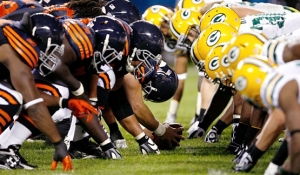 On this very special day in television history, in 1969, the classic ‘Sesame Street’ made its debut on PBS.

Note: ‘Interstellar’ was #1 globally with $80 million at the box office overseas making the total for the weekend, $132.2 million. Production of the film was estimated at $165 million. With ancillary costs of another $165 million, the break even point is $330 million, the same as ‘Big Hero 6’.

ITV began the evening at 7P with ‘Keep It in the Family’ which brought in 3.28 million viewers (14.6%). Earlier, The X Factor fell by around 400k to 7.17m (27.6%) at 8pm (316k/1.3% on +1). This is the lowest-rated results show of the series so far, and second-lowest Sunday overall. At 9P, ‘Downton Abbey’ dropped slightly from last week for its finale episode of the season, overnight data reveals, to 7.92 million viewers (34.2%). This is down by around 1.7 million from last year’s finale, which attracted an average of 9.64 million viewers. For this Sunday evening, ITV drew 6.12 million viewers on average to win the evening.