It’s A Disney Monday In The U.S. ITV #1 In The UK. Nine Bangs To The Top In Australia.

Posted on October 28, 2014 by overtheshouldermlb 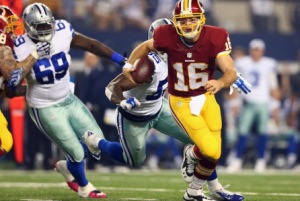 The Alphabet Network along with its Disney sports kissing cousin, ESPN, won big on Monday. At 8P, ‘Dancing With the Stars’ finished with 12.62 million viewers and an 8.8/13, which was down 4% from one year earlier. And at 10P, ‘Castle’ in one of its crazier episodes finished with 8.75 million viewers and a 5.9/10, which was down by 13%. Most of this can be attributed to the finish of ‘Monday Night Football’ and the exciting finish at AT&T Stadium in Arlington, TX. ‘Castle’ is always Must See TV ON DEMAND. Its battle with ‘The Blacklist’ and ‘NCIS: Los Angeles’ is one of the best in the history of television. It is important to note

The Peacock Network pulled off a strong Monday. At 8P, ‘The Voice’ was strong with 12.48 million viewers and a 8.2/12. But at 10P, ‘The Blacklist’ was second only to football. It drew 9.57 million viewers and a 6.4/10 in one of the best episodes as Peter Fonda made a very interesting star turn. It was Must See TV ON DEMAND, as are all of the other 10P Monday programs.

The Animal Network of Broadcast had a disappointing Monday. But at 8P, it has one of the best new programs of the year as ‘Gotham’ had an exceptional episode about an old cold case and Jim getting in trouble with his supposed killing of the ‘Penguin’. And if there is a better show for character actors, show us. Carol Kane as Gertrude Kapelput and Robin Lory Taylor as Oswald ‘Penguin’ Cobblepot are in rarefied air and in this Must See TV ON DEMAND episode drew 5.89 million viewers and a 4.3/6. At 9P, ‘Sleepy Hollow’ pulled in 4.62 million viewers and a 3.0/4. Despite the lower numbers, this is a remarkable combination of original programming that could build over time with its core audience. 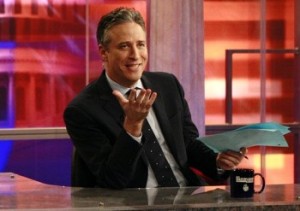 ‘The Daily Show’s’ special political coverage, “Democalypse 2014: America Remembers It Forgot to Vote” will feature news and results analysis from host Jon Stewart and The Best F#@king News Team Ever with a guest appearance via satellite by Reince Priebus, Chairman of the Republican National Committee.

‘The Colbert Report’s’ special political coverage for The Nation, “Midterms ‘014: Detour to Gridlock: An Exciting Thing That I Am Totally Interested In—Wait! Don’t Change the Channel. Look at this Video of a Duckling Following a Cat Dressed Like a Shark Riding a Roomba! ‘014!” will include host Stephen Colbert’s patriotic fervor and insightful conjecture of the results with a guest appearance by Andrew Sullivan of The Daily Dish.