Thursday Belonged To CBS. BBC One #1 In The UK. Network Nine Tops In Australia.

Posted on September 12, 2014 by overtheshouldermlb 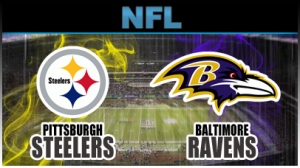 The Alphabet Network began the evening at 8P with the finale of ‘The Quest’ which drew a most disappointing 1.83 million viewers. The network was saved at 10P with a rerun of ‘Shark Tank’ as it drew 2.60 million viewers.

While this usually devoted to ratings of the various late night shows, this coming Monday is going to be a very big night for ‘The Tonight Show with Jimmy Fallon’ in New York. Barbra Streisand, will be making her first appearance on NBC’s ‘The Tonight Show’ in more than 50 years this coming Monday, Sept. 15. Her last appearance on the late night staple was in 1963 when Johnny Carson hosted and she appeared to promote her first album. And now she is returning with Jimmy Fallon – as the sole guest that evening – to promote her latest album, “Partners.” Streisand, 72, will also be the subject of a coffee table book called “Barbra: Streisand’s Early Years in Hollywood, 1968-76” in December, and SiriusXM is launching an exclusive, limited-run Streisand channel.

‘White Collar’ To Air Sixth and Final Season. See the trailer above.

SBS finish the evening with a strong 7.7% share, well above the average it usually earns.

Catch up with the latest edition of Media Notes Canonical at: What Is The General Sentiment Of The Most-Shared Articles on Social Networks? http://bit.ly/1toejxj & Why We Haven’t Bridged The Digital/Mobile and Brick-And-Mortar Expanse http://bit.ly/1uGKKJ8

Media Notes Briefs, ‘Your Texting Isn’t Working For Your Business. Guess Why?’ can be found at http://sophis1234.tumblr.com

Barbra Streisand ‘The Way We Were’