ABC Kicks Off A Win On Saturday In The U.S. ITV X’s It To #1 In The UK. Seven Wins In Australia.

Posted on August 31, 2014 by overtheshouldermlb 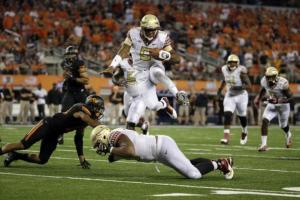 ABC Was #1 On Saturday As College Football Returned.

The Animal Network of Broadcast got into the football action as well, but they didn’t pick a game with two top ranked programs like ABC or ESPN (Wisconsin vs LSU) did. They selected at 8P, ‘USC vs Fresno State’. As the Trojans walloped F State, 52-13, this game was over before it began as it fell short of The CW Hope Line (1 million viewers) as it pulled in 920,000 viewers. AT 9P, only 730,000 viewers were watching. The Murdoch Minions really did not do their homework when they schedule this one. It is time for these guys to punt.

On this date in history in 1981, the amazing 30-year contract between Milton Berle and NBC-TV expired. When it was signed, it was the biggest exclusive, unprecedented contract in show biz history, as it guaranteed Berle $1 million per year. His show, ‘Texaco Star Theatre’ dominated Tuesday night television for years, reaching the number one slot in the Nielsen ratings with as much as an 80% share of the viewing audience. Berle and the show each won Emmy Awards after the first season. Fewer movie tickets were sold on Tuesdays. Some theaters, restaurants and other businesses shut down for the hour or closed for the evening so their customers would not miss Berle’s antics. Berle’s autobiography notes that in Detroit, “an investigation took place when the water levels took a drastic drop in the reservoirs on Tuesday nights between 9P and 905P. It turned out that everyone waited until the end of the Texaco Star Theatre before going to the bathroom.”

ITV had a big night in the UK on Saturday, a very big night. At 7P, the new celebrity series of ‘The Chase’ opened with 4.24 million viewers (22.2%). But it was at 8P that everyone was wondering about. ‘The X Factor’ averaged more than 9 million viewers last night (August 30). The latest series of the singing competition, which welcomed the return of Simon Cowell and Cheryl Fernandez-Versini and added Mel B to the judging panel, premiered to 9.03 million viewers (40.9%) from 8P, with a further 465,000 viewers (2.2%) catching the show on +1. The numbers are slightly up from the previous year’s launch, which managed 8.78 million viewers. Afterwards, ‘The Xtra Factor’ with Sarah-Jane Crawford was caught by 760,000 viewers (3.8%) on ITV2 (+1: 158k/1.1%). Taking advantage of these excellent numbers at 925P, Keith Lemon’s ‘Through the Keyhole’ attracted 3.69 million viewers (18.3%).

Channel 5 presented ‘Celebrity Big Brother’ and as it continued through the season, 1.09 million viewers (5.4%) tuned in. ‘Paddy McGuinness: Saturday Night Live’ could only gather 311,000 viewers (2.2%) afterwards.

Network Seven pulled off a victory for the second day in a row with a 29.5% share of the available audience on Saturday. The #1 program and the nation’s top newscast on this day was ‘Seven News Saturday’ which drew 1,138,000 viewers. #9 was ‘Seven’s AFL: Saturday Afternoon Football’ with 440,000 viewers.

Ten, even though it did not have any programs in the Top Ten finished third with 17.1% share of the available audience. It’s top program was #11, the movie ‘The Best Exotic Marigold Hotel’ which drew 564,000 viewers. 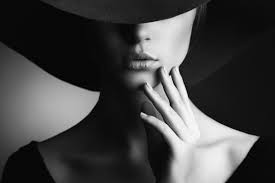