NBC Finished #1 On Tuesday In The U.S. BBC One Tops In The UK. Seven Edges Nine In Australia.

Posted on July 23, 2014 by overtheshouldermlb

Today, traditional TV still accounts for the lion’s share of video viewing, but online and mobile are where the growth is. From fourth quarter 2012 to fourth-quarter 2013, the hours consumers spent watching online video grew 30%. When managed together, TV/digital/mobile hold the potential to drive real impact for advertisers—enabling them to maximize the customers they reach and/or reinforce key messaging across screens. After all, ‘It’s all about screens’.
The Home Of #dailydiaryofscreens

NBC with ‘America’s Got Talent’ finished #1 on Tuesday.

The Peackcok Network did little to elevate the ‘taste level’ in America on this evening of television as at 8P the series premier of ‘Food Fighters’ brought in 4.55 million viewers. At 9P, the big show of the network in the summer, ‘America’s Got Talent’, staying away from ‘NCIS’ began its two hours with 10.34 million viewers, tops for the evening on all television.

The Alphabet Network began at 8P with ‘Extreme Weight Loss’ and for two hours it managed to average 3.41 million viewers. At 10P, ‘Celebrity Wife Swap’ with Tyler Christopher and Ronn Moss, pulled in 2.70 million viewers. The real question the suits at the Disney Broadcast Network is, ‘How low do you want to go until you become just pablum’?

No one is entirely sure of what the suits at the Animal Network of Broadcasting are doing on Tuesday evenings. At 8P, they brought part of the Animation Domination of old back as a rerun of ‘Family Guy’ drew 1.88 million viewers. At 830P, a rerun of ‘Brooklyn Nine-Nine’ drew 1.20 million viewers. At 9P, another rerun of ‘The Mindy Project’ desperately tried to gain an audience but it could only draw 970,000 viewers. And at 930P, a rerun of ‘The Mindy Project’ pulled in 970,000 viewers. Maybe if Murdoch does buy Warner Bros. there will be reruns of ‘Whose Line Is It Anyway?’ to boost FOX’s ratings.

Speaking of the Little Network That Couldn’t, at 8P, a rerun of ‘Arrow’ drew 850,000 viewers. At 9P, a rerun of ‘Supernatural’ drew 660,000 viewers. What else can be said? As shown in yesterday’s edition, this pretend network finished somewhere below the Mendoza Line in audience. The format which was forged so many years ago, simply does not work…especially in the summer.

Will be posted when available. 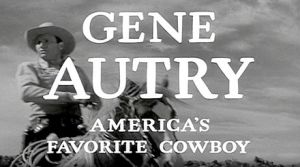 On this date in 1950, fans of Melody Ranch were back in the saddle again as ‘The Gene Autry Show’ premiered on CBS-TV. With his sidekick, Pat, and the wonder horse, Champion, the action and songs were fast and furious. For six years he was America’s favorite cowboy.

TNT and ‘Rizzoli & Isles’ were #1 on Cable on Tuesday. 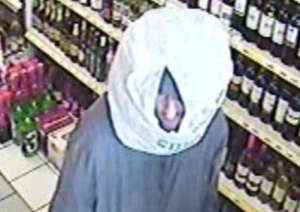 BBC One at 9P had ‘Crimewatch’ and it topped the ratings outside of soaps overall with 3.79 million viewers and a (19.6%). BBC One News at 10P, won its time period.

MTV at 10P had the 8th season premiere of ‘Geordie Shore’ and it drew 540,000 viewers, making it the #2 program in the time slot. The premiere episode was also the most-tweeted-about TV show in the UK yesterday with 83,297 tweets for the premiere alone, according to Second Sync.

There were mixed results for commercial television channels in June, with only ITV – on the back of World Cup fever – reporting any significant gains. A 24.1% increase in revenue for the broadcaster saw it surpass the £108.5 million mark, up from £87.4 million on the previous year, while ITV Breakfast recorded a marginal 1.9% increase to hit £3.8 million.

Seven squeaks by Nine with ‘The X Factor’ as its top program on Tuesday.

After a string of victories, Nine fell one-tenth behind Seven on Tuesday to finish second in prime time. Seven, with 29.3% share of the available audience defeated Nine which finished with 29.2% share. Seven’s top program in the Top Ten was #3 ‘The X-Factor’ which delivered 1,166,000 viewers. #4 was ‘Seven News’ with 1,148,000 viewers but finished 58,000 behind its chief rival, ‘Nine News’ which was the nation’s top rated newscast on Tuesday. (See results below) #7 was ‘Seven News/Today Tonight’ with drew 1,009,000 viewers. Finally, the fourth show to finish in the Top Ten for Seven was ‘Home and Away’ which drew 913,000 viewers.