Friday Belongs To CBS And Blue Bloods In The U.S. BBC One Tops In The UK. Seven #1 In Australia.

Posted on July 12, 2014 by overtheshouldermlb

<strong>Today, traditional TV still accounts for the lion’s share of video viewing, but online and mobile are where the growth is. From fourth quarter 2012 to fourth-quarter 2013, the hours consumers spent watching online video grew 30%. When managed together, TV/digital/mobile hold the potential to drive real impact for advertisers—enabling them to maximize the customers they reach and/or reinforce key messaging across screens. After all, ‘It’s all about screens’.
The Home Of #dailydiaryofscreens 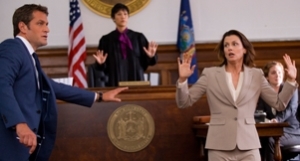 CBS was #1 on Friday as ‘Blue Bloods’ again was the #1 program on all of television.

The Tiffany Network owns Friday. And for the third consecutive evening in prime time, CBS was king. On this Friday it brought out the old warhorse to lead off the evening at 8P, and a rerun of ‘CSI’ finished with a respectable 4.38 million viewers which was good for a second place finish in its time slot. At 9P, a rerun of ‘Hawaii Five-0’ which was one of the better episodes this past season featuring a Texas Ranger coming to Oahu to find his daughter, drew 3.75 million, good for second place in the time slot. Then the power of Friday’s, ‘Blue Bloods’ with a rerun episode titled ‘To Protect and Serve’, where all of the family was involved under the complete understand of the phrase “”Please don’t hurt my family”, drew 6.46 million viewers, #1 on Friday on all of television. 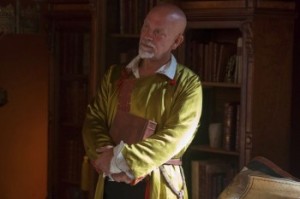 The Peacock Network, with all original programming, began the evening on a high note when always dependable ‘Dateline’ jumped into first place in prime time at 8P. It drew 6.09 million viewers. But at 10P, 30 Rock lost any chance of finishing on top when ‘Crossbones’ drew 2.76 million viewers, the lowest of any original programming on this evening. It looks like people just don’t care about the wonderful world of pirates. It was something from our childhood that brought all of us into a new adventure. But today, it may just look out-of-place in a world that just doesn’t relate even though they are missing a most interesting performance by John Malkovich (aka Blackbeard) and a breakout performance by Richard Coyle. Perhaps you don’t have the time to sit down and watch this as ‘Blue Bloods’ takes up most of the oxygen in the room, but catch in ON DEMAND. You may find a bit of your youth revisiting you for so ever brief the moment might be.

The Alphabet Network began with a rerun of its strong Friday night entry, ‘Shark Tank’ but it just couldn’t pull out of third with 4.13 million viewers. And at 9P, ‘What Would You Do?’ struggled as it dropped in audience to 3.75 million viewers. But at 10P, the Disney Broadcast Network jumped up with a strong performance of ’20/20′ as it drew 6.25 million viewers, good for second behind the all-powerful Tom Selleck vehicle.

The Animal Network of Broadcast tried but failed to deliver with reruns on Friday. At 8P, ‘MasterChef’ with a rerun pulled a 1.61 million viewers while at 9P, another rerun of ’24: Live Another Day’ drew a mere 930,000 viewers. We are all looking forward to Monday as ’24’ has its season finale which will leave us yearning for more of Jack. But until then, FOX will not do well over the weekend.

One has to wonder why the Little Network That Couldn’t even airs programming on Friday. At 8P, a rerun of ‘Whose Line Is It Anyway?’ drew 1.12 million viewers and at 830P, another rerun of ‘Whose’ drew 1.11 million viewers. OK. Stop there. At least the suits of this network will be able to go to the bar and have a drink at having a plus one million viewership evening. But, NO! They had to program a rerun of ‘Reign’ and it had 580,000 family and friends watching. The phrase that was heard was ‘I’ll have another’, as one can imagine drinks were reordered by the Little Network suits.

On this date in 1990, the first episode of ‘Northern Exposure’ aired on CBS. For something that began as a summer replacement, the series blossomed into one of the great 90s programs, winning the Peabody Award, Emmy Awards and Golden Globe Awards during its six-year history of 110 episodes. With an opening of a moose named Mort in every episode, it was had to confuse this brilliant series with anything else on television.

BBC One was #1 in the UK on Friday led by ‘Celebrity MasterChef’.

BBC One began the evening at 7P with ‘The One Show’ with 2.58 million viewers (16.6%). At 730P, it was followed by ‘The Great Property Race’ and 2.36 million viewers (16.9%) watched. But at 830P, ‘Celebrity Masterchef’ has topped the primetime ratings for a second straight night pulling in 3.96 million viewers (20.6%). BBC One’s celebrity cooking show was Friday’s highest-rated show outside of soaps. At 1035P, after BBC News, the network paid tribute to Alan Hansen with a look back at his career. ‘Alan Hansen: Player and Pundit’ was watched by an average audience of 2.22 million viewers (18.3%).

Seven was #1 in Australia on Friday, but ABC1’s ‘Old School Final’ was the top drama. 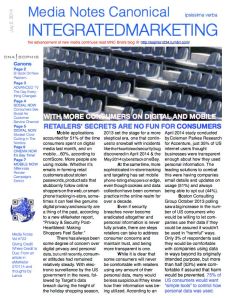