Wednesday Belonged To CBS In The U.S. ITV Was #1 In The UK. Nine Dominated In Australia.

Posted on July 10, 2014 by overtheshouldermlb

Today, traditional TV still accounts for the lion’s share of video viewing, but online and mobile are where the growth is. From fourth quarter 2012 to fourth-quarter 2013, the hours consumers spent watching online video grew 30%. When managed together, TV/digital/mobile hold the potential to drive real impact for advertisers—enabling them to maximize the customers they reach and/or reinforce key messaging across screens. After all, ‘It’s all about screens’.
The Home Of #dailydiaryofscreens
Wednesday, 07.09.14 (Posted 07.10.14)

CBS was #1 on Wednesday as ‘Extant’ was the top program.

The Tiffany Network began the evening with ‘Big Brother’ which won its time slot, as did every CBS program on Wednesday, with 6.11 million viewers and a 4.1 ratings and a 7 share. It was the lowest rated show on the network. Then at 9P, the long anticipated debut of Steven Spielberg’s drama ‘Extant’, starring Halle Berry, led CBS to Tuesday overnight victory with a 36% advantage over second-place NBC. ‘Extant’ opened with 9.40 million viewers and a 6.7 rating/11 share in households. That’s a 63% increase in audience from its lead in. Compared to the debut of last summer’s new hit scripted drama, ‘Under the Dome’ on CBS on Monday 6/24/13 (9.2/15 at 10P), this was down by 27%. But ‘Under the Dome’ opened this season with a 5.9/10 on June 30. A 6.7 rating in the household overnights on an early summer Tuesday is a positive start for ‘Extant’. But there was something which just didn’t feel like a juggernaut. There was an Academy Award winning movie star with an Academy Award winner director/producer with a strong cast and another Spielberg effort at suspending our imagination in figuring out how a woman who was away for over a year on a space station became pregnant on a solo mission at the sight of her former husband. OK. but will fans want to watch week after week? At 10P, because of the first-time tune in factor of the heavily promoted season premiere of ‘Extant’, a rerun of ‘Criminal Minds’ closed the night for Black Rock with a first-place 6.48 million viewers and a 3.3/8. The bottom line is that CBS won the evening and for one of the rare times this summer, airing mostly original programming. Their blockbuster program of the summer really didn’t have that blockbuster feeling. ‘Extant’ was the #1 program on all of television in the U.S. on Wednesday.

The Peacock Network had two big programs on the schedule on Wednesday. At 8P, a rerun of ‘America’s Got Talent’ again delivered and drew 5.97 million viewers and a 3.9/7. One might have expected the suits at 30 Rock to give a better effort against the Spielberg debut on CBS. And it was at 10P, where the new drama ‘Taxi Brooklyn’ was caught against a rock and a hard place, first with a poor lead-in and the tidal wave of ‘Extant’ into this hour that a brilliant episode of a Holocaust victim’s murder from Auschwitz concentration camp and the mystery behind it and drew 4.70 million viewers and a 3.0/6. It’s just what Luc Beeson is packing for surprises. And if there is any question about who the best new leads in television are, just look here. It is Must See TV ON DEMAND.

The Animal Network of Broadcast brought the world, at 8P, two-hours of tired ‘So You Think You Can Dance’ and drew 3.71 million viewers and a 3.0/5, which was 21% below the 3.8/7 for ‘MasterChef’ a year-ago on this evening. The Murdoch Broadcast Network is lucky to have The CW operating as it is allowed to run this type of programming way beyond its prime. 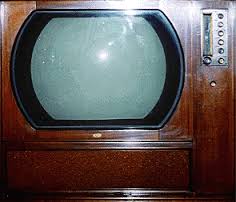 On this date in 1949, the first practical rectangular television was presented. The picture tube measured 12 by 16 and sold for $12. A Classic TV commercial for a Television set produced by DuMont Laboratories, founded by Allen B Du Mont. His company also started the DuMont Television Network, and their TV sets are widely regarded as among the finest. For a look at the commercial selling these sets, go to: https://www.youtube.com/watch?v=n9525dRYiKM.

66th Emmy Nominee Awarded To Minnie Driver as lead actress in mini-series or movie for Sean Hanish’s ‘Return To Zero’. For a small, independent movie to achieve this level of recognition with very little promotion outside of a huge social media push by loyal followers, it is very special.

In the Netherlands, 9.1 million viewers tuned in to the match on Wednesday night local time. It was the most watched game ever; overtaking the 2010 tournament final when Spain bested the Dutch team. That match, along with the Netherlands-Portugal semi in Euro 2004, drew 8.5M viewers. Last night’s face off peaked with 9.6M viewers in the Netherlands. 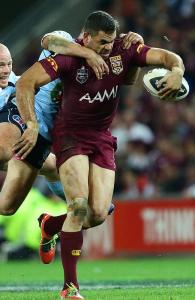 Nine was #1 with Rugby as The Queensland Maroons won at Suncorp Stadium with a 32-8 win over New South Wales Blues .

Ten finished a close third, just behind Seven with 18.3% share of the available audience. It had #9, ‘MasterChef Australia’ which drew 971,000 viewers.