Thursday Belongs To ABC In The U.S. ITV Dominates In The UK. Nine Tops All In Australia.

Posted on June 13, 2014 by overtheshouldermlb 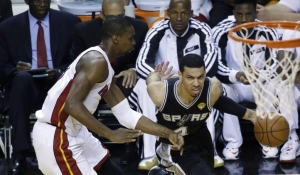 On the Alphabet Network it was no contest on this second Thursday in June with Game #4 of the ‘2014 NBA Finals’ as the San Antonio Spurs beat the Miami Heat 107-86 in Miami. At 8P, the half-hour airing of ‘Jimmy Kimmel Live’ began with 5.89 million viewers and a 2.9/5, followed at 830P by pre-game ‘NBA Countdown’ which drew 6.48 million viewers and a 3.9/7. At 9P, an estimated 12.80 million viewers with a 10.5 rating/18 share in the household overnights gathered for the game. This was 12% below the 12.0/21 for the two teams on the year-ago on this comparable evening, which translated into 16.23 million viewers. Game #5 is Sunday in San Antonio at 8P on ABC and the Spurs are on the verge of the franchise’s fifth championship and first since 2007. 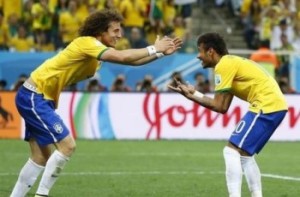 On this day in 1964, The Rolling Stones made a television appearance on ‘Hollywood Palace’. The show was hosted by Dean Martin. For a view of their performance, go to: https://www.youtube.com/watch?v=kqYEkYpX-uY

ITV and the 2014 World Cup dominated in the UK on Thursday.

The World Cup is upon us. And it belongs to ITV in the UK. The ‘2014 FIFA World Cup’ kicked off with big ratings on ITV on Thursday as it brought coverage of the opening ceremony and Brazil’s win over Croatia scoring an average audience of 8.2 million and a whopping 40.0% share of the available audience from 7P. It peaked at 12.5 million and an Olympian 51.8% share at around 930P as Brazil beat Croatia.

The boom times for social network adoption in the UK look to be largely over, as new user growth is set to slow to a near standstill by 2018. What growth does remain is coming from users expanding their social network activity to mobile devices, according to a new eMarketer report, “UK Social Networking Trends: Mobile Is Becoming the New Normal,” which noted that the proportion of UK social network users who will access their accounts via mobile phone will continue to increase substantially throughout eMarketer’s forecast period, rising from 75.3% in 2014 to 90.2% in 2018.

Social media is an important consideration for marketers in the UK. It has to be, given the sheer size of the audience. But the marketing effectiveness of these networks hasn’t always been rated highly by those in the business. However, as UK consumers move their social networking behaviors to mobile, some marketers are beginning to move their efforts along with them.

Real-time social engagement, mainly enabled by access via mobile devices, is top of mind for many UK marketers.

Results from a February 2014 study by immediate future, a social media consultancy, indicated just how many benefits UK marketers felt real-time social engagement could offer. While general audience engagement was the most cited among respondents, other benefits were noteworthy—for example, 35% felt real-time social engagement brought increased customer retention and loyalty, while 25% credited it with a better return on investment.

Nine won Thursday in Australia as ‘A Current Affair’ bring a housing dispute from hell.