NBA On ABC Wins Tuesday In The U.S. BBC One Tops In The UK. Seven #1 Again In Australia.

Posted on June 11, 2014 by overtheshouldermlb

The Peacock Network was a power during the first two hours of prime time beginning at 8P where ‘America’s Got Talent’, which averaged 11.45 million viewers and a solid 7.3/12 was 3% above the 7.1/12 on both the week-ago. Benefiting by the lead-in support was week three of NBC Tuesday 10P drama ‘The Night Shift’ which drew 6.93 million viewers and a 4.2/7.

The Tiffany Network was up to its old tricks once again. But to its credit, it produced in another all-rerun evening, three great episodes of fan favorites beginning at 8PP with ‘NCIS’ in an episode form January titled ‘Double Back’, where the aftermath of the explosion that killed the Secretary of the Navy and badly injured McGee’s girl friend, drew 7.90 million viewers and a 5.5/9. The program was named the #1 drama in the world as it won the annual International Audience Award presented jointly by the Monte-Carlo Television Festival and Eurodata TV Worldwide to reward programs who delivered the highest ratings worldwide in 2013 across five continents. At 9P, ‘NCIS: Los Angeles’ had everyone in the cast participated in some way, shape or form as Callen got trapped in a blind date to bring a smile to an exciting evening from Los Angeles to Afghanastan bringing in 6.61 million viewers and a 4.4/7. At 10P, one of the most powerful ‘Person of Interest’ episodes which was filled with revenge drew 4.97 million viewers and a 3.5/6. Unfortunately, with literally weeks of reruns, CBS is in danger of becoming Fort Knox…running out of gold and soldiers to guard it as reruns are causing channel jumping over to cable.

Univision finished strong on Tuesday, beating FOX and The CW but it was left in a battle with Hispanic rival, Telemundo. At 8P, ‘De Que Te Quiero, Te Quiero’ brought in a 1.0 A18-49 rating. At 9P, the biggest program on Univision was ‘Lo Que La Vida Me Robo’ which drew 1.3 A18-40 rating finishing #3 in its time period behind the ‘NBA’ on ABC and ‘AGT’ on NBC. At 10P, Univision and Telemundo tied for third at 1.0 A18-49; Univision for ‘Que Pobres Tan Ricos’ and Telemundo for ‘El Señor de los Cielos’. This battle is becoming one of the biggest in television this season. 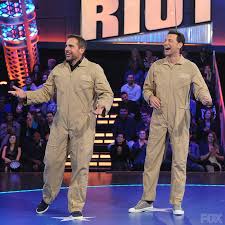 The Animal Network of Broadcast Tuesday was a disaster. It could not even crack a 1.0 household rating for its entire evening. At 8P, ‘Riot’ drew 1.21 million viewers and a 0.9/2 and at 9P, ‘I Wanna Marry Harry’ drew 990,000 viewers and a 0.9/1. This could be FOX’s lowest-rated Tuesday ever. To understand how bad this was, it finished with fewer viewers than all of the Late Night programs with the exception of 135A’, ‘Carson Daly’.

The Little Network That Couldn’t, didn’t. At 8P, The CW docuseries ‘Famous in 12’ sunk to 740,000 viewers and a 0.5/1, which was 29% below its 0.7/ 1 one week earlier. At 9P, a rerun of ‘Supernatural’ drew 620,000 viewers and a 0.5/1. To absolutely understand how bad this was, every program was outdrawn by ALL of the Late Night programming including NBC’s 135A, ‘Carson Daly’. When the cable overnight’s come it, this network could very well finished out of the Top Fifteen networks on this evening. For a broadcast network, that is embarrassing. 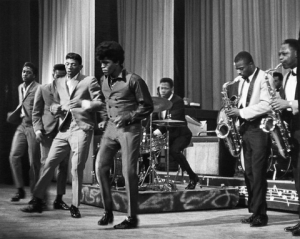 On this day in 1962, James Brown and the Famous Flames performed “Night Train” and “Shout and Shimmy” on “American Bandstand.” 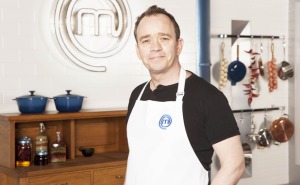 On a slow night in the UK as everyone is getting ready for the World Cup and once again the nation braces with hope with their nation’s team, BBC One at 9P presented ‘Celebrity MasterChef’ upon its new season return and drew a leading, non-soap total of 4.4 million viewers and 21.6% share of the available audience. After the news at 1045P, ‘Gary Lineker’s Brazil special’ brought in 1.8 million viewers (16.6%). The nation is getting pumped up.

ITV in the lull before the storm at 8P brought on a rerun of ‘Endeavour’ and attracted 2.4 million viewers (11.8%).

SBS was last with 5.5% share of the available audience. 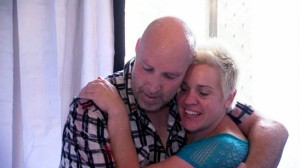 Seven & ‘House Rules’ are #1 on Wednesday in Australia.