FOX Jack’s Monday In The U.S. BBC One #1 As It Bent It Like Beckham. Seven Dominates With House Rules In Australia.

Posted on June 10, 2014 by overtheshouldermlb

The Animal Network of Broadcast opened the week by winning. And make no mistake. ‘Jack Is Back’! At 8P, ‘MasterChef’ drew 4.52 million viewers and a 3.6 rating/6 share. Then Jack was back, all over London. At 9P, ’24: Live Another Day’ pulled in 6.33 million viewers and a 4.6/7, which built from the 830P portion of ‘MasterChef’ (3.7/ 6) by 24%. Comparably, the two hours outdelivered four sitcoms on the year-ago evening (‘Raising Hope’ repeat, ‘The Goodwin Games’, ‘New Girl’ repeat and ‘Anger Management’) by a hefty 215%. Bring Back Kiefer. Bring Back Kiefer.

The Alphabet Network may have finished #2 but it did have the #1 program on the evening. First at 8P, a one-hour clips edition of ‘The Bachelorette’ (“The Journey So Far”) tied for second with 4.0 million viewers a 3.4/6. That led into ABC News Special, at 9P and the #1 show on the network Monday, ‘Hillary Clinton: Public and Private – One on One With Diane Sawyer’ with a strong 6.08 million viewers and a 4.9/8, which built from the 830P portion of ‘The Bachelorette’ (3.3/ 5) by 48%. At 10P, was episode two of the second season of summer drama ‘Mistresses’ which dropped like a rock into third-place with 3.56 million viewers and a 2.8/5. Comparably, that was 10% below the already lackluster week-ago season-opener (3.1/5 on June 2). 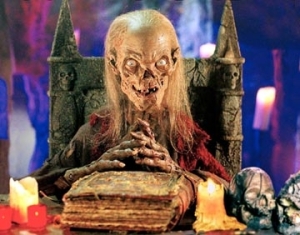 On this day in 1989, HBO aired the first episode of ‘Tales from the Crypt’. 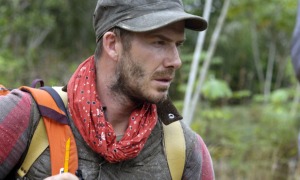 BBC One with David Beckham was #1 on Monday in the UK.

BBC One had David Beckham and his travel documentary topped the ratings outside soaps on Monday, bringing in 4.6 million viewers (20.7%) at 830P, 2 million higher than the time slot last week.

Seven Dominates at ‘House Rules’ Has Biggest Audience of the Season on Monday.