CBS Takes Sunday In The U.S. BBC One Tops In The UK. Nine #1 In Australia.

Posted on June 2, 2014 by overtheshouldermlb 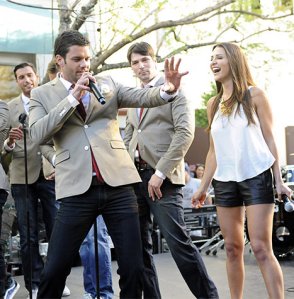 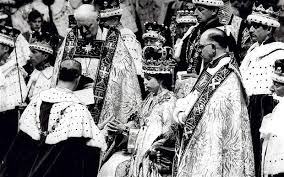 On this day in 1953, BBC-TV aired worldwide the ‘Coronation of Queen Elizabeth II’ in Westminster Abbey. It was a first on television. For a glimpse of the telecast, and the black & white world we lived in, go to: https://www.youtube.com/watch?v=aGLN1kREJ2Q.

An estimated 28% of recorded TV is never watched, according to a survey of 10,500 respondents aged 16 and older from 19 countries – each of whom was required to have TV service with a capable device and access to an internet connection. Younger consumers were the most likely to discard recorded programs, with respondents aged 16-34 deleting about one-third of recorded content. Within the US, respondents estimated deleting 27% of recorded content – down from 41% in last year’s survey provided by the Arris Consumer Entertainment Index.

For the record, the Blackhawks in the nation’s No. 3 TV market, had initial ratings that dwarfed LA as it pulled in 22.7 rating in the losing town. The nation’s No. 2 market, Los Angeles, the Kings drew 4.8 rating.

According to Variety, Univision Communications will feed the futbol frenzy for the FIFA World Cup this summer, with plans that include dedicating the Univision Deportes Network to 24-hour coverage of the world’s biggest sporting event and live-streaming all 64 matches on mobile apps and online. Disney/ESPN and Univision have split up U.S. broadcast rights for the Brazil-hosted World Cup, which runs from June 12 to July 13, 2014. Univision has exclusive rights to Spanish-language telecasts in the States; Disney has English-language rights for broadcasts it will carry across ABC, ESPN and other properties including digital platforms, plus Portuguese and select matches in Korean. Univision Deportes Network (UDN), which launched in 2012 and is available in 40 million homes, will deliver more 2014 World Cup content than any other U.S. network, including 56 live matches (which will be simulcast on the flagship Univision Network). UDN’s programming will be focused exclusively on the World Cup around the clock starting Monday, June 9, for the duration of the event.

Futbol fans also will be able to watch the World Cup’s 64 matches live on the recently launched Univision Deportes App — available for PCs and iOS and Android smartphones and tablets — as well as view highlights and other content, receive personalized alerts, and access match schedules, results and other content. But to watch the World Cup’s final rounds on Univision’s digital outlets, viewers will have to subscribe to a pay-TV provider that carries UDN. The sports net is not available on Comcast — and Univision has set up a web page urging subs to contact the MSO to add it. Providers that carry UDN include DirecTV, Dish Network, Time Warner Cable, Cox, AT&T U-verse and Verizon FiOS. Via the Univision Deportes App, the first two rounds of World Cup action will be available free for anyone to watch. Starting July 4 with the quarterfinals through the July 13 final, users must log in using credentials from their pay-TV provider. ESPN’s live-streaming of the 64 World Cup matches online and on mobile will also require subs to authenticate their pay-TV subscription.

‘Maleficent’ rode ‘Frozen’s’ coattails to a decisive victory at last weekend’s box office, analysts say. More than any other Hollywood player, Walt Disney Studios has adroitly tapped into the strength of the female movie-going audience, keeping this potent demographic in mind while cooking up everything from princess lines to ‘Let it Go’-style empowerment anthems. Analysts argue that ‘Frozen’ gave a shot of adrenaline to a type of entertainment that had grown listless since the glory days of ‘Beauty & the Beast’ and ‘The Little Mermaid’, by expertly mixing post-feminist depictions of women with royal fantasies. In the case of “Maleficent,” the re-imagining of ‘Sleeping Beauty’ managed to attract a crowd that was 60% female, providing welcome relief to the glut of male-skewing films in the marketplace. For its part, ‘Frozen’ skewed 57% female. Point, if you want to reach women, cinema is a powerful force to do so. 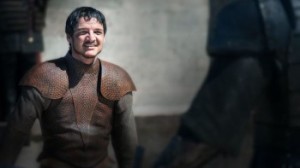 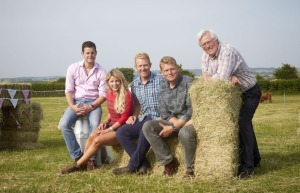 BBC One and ‘Countryfile’ Topped All On Sunday In The UK.

ITV at 7P had ‘Catchphrase’ and 4.1 million viewers (21.5%) tuned in. At 8P, Michael Flatley’s ‘Night To Remember’ special entertained 3.4 million viewers (15.8%). It was followed at 930P by the James Bond movie ‘Quantum of Solace’ with 1.9 million viewers (11.9%) hoping they wouldn’t have to drink a quart of oil because they were thirsty. Did you note that the lady from the Canadian embassy is the lead in ‘Castle’? A little Monday trivia.

SBS finished fifth with 4.3% share, one of the lowest of the year and it had no Top Ten programs.

New This Week: Why Don’t You Use Mobile Now? @ http://bit.ly/1jxnTJN