CBS #1 On Friday In The U.S. ITV Topped All Networks In The UK. Nine Again #1 In Australia.

Posted on May 24, 2014 by overtheshouldermlb

CBS
With an all rerun evening, The Tiffany Network narrowly squeaked past the competition at 8P with ‘Undercover Boss’ featuring the owner of the Salt Lake City Jazz of the NBA and drew a third place, 3.65 million viewers. At
9P, another rerun of ‘Hawaii Five-O’, featuring a crazy rich guy who misguidingly funds an equally crazy medical experiment on his son drew 4.84 million viewers. At 10P, the cornerstone of Black Rock Friday’s, ‘Blue Bloods’ came in with a time slot leading 7.06 million viewers, making it the top program of the evening in the U.S.

NBC
The Peacock Network tried but fell just 30,000 viewers short of the title on Friday as at 8P, ‘Dateline’ for two hours drew the #1 position in each of the half hours it aired by averaging 6.415 million viewers. But it was the kiss of death to run ‘Hannibal’s’ season finale on their schedule at 10P because it could only draw 2.865, finishing last in each of its half hours and dropped the network at 30 Rock down the tubes.

Fox
The Animal Network of Broadcast was a different story. It had no highlights as at 8P, another rerun of: Live Another Day’ drew 1.48 million viewers. To the suits at FOX…this is a show people watch LIVE. It is the magic of the show. If anything, they DVR it and watch later. But to rerun the week’s episode on Friday is a waste of the network’s time. As for the 9P program, ‘Gang Related’, the rerun of this may be just in as much as it was the series pilot and sampling is a good thing. But, it could only manage 1.16 million viewers. This is not a good thing for this very gutsy show. School is out on this series. Everyone is looking at Episode #2 in order to make a decision on it. Is he a good Cop or a bad Cop working for the other side of the law controlled by his adopted family?

CW
The Little Network That Could brought out a rerun of part two of ‘Labyrinth’ beginning at 8P and running for two hours. It drew 942,000 viewers with its top showing at 8P with 1.13 million viewers. Tough to gain ratings on a day when its target is not in front of the television set. Hey! Its Friday night. Go dark or get older. 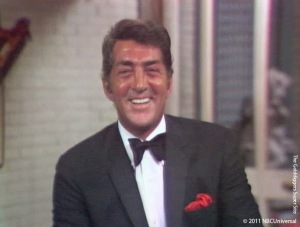 On this day in 1974, the last “Dean Martin Show” was seen on NBC. The show had been aired for 9 years and the coolest man of the Century ended his long television run. He was the original ‘Most Interesting Man In The World’. 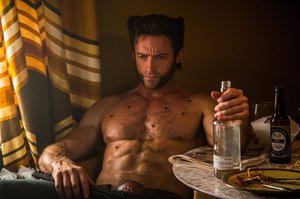 ITV at 8P brought the world ‘Tonight: The Rise of Discount Supermarkets’ and it was Friday’s highest rated show outside of soaps seen by an average audience of 4.73 million (24.3%) viewers. The evening on ITV continued at 9P with the drama series, ‘Lewis’ drawing 2.63 million (13%). At 1035P, Pierce Brosnan’s James Bond movie ‘Die Another Day’ still draws and was viewed by 877,000 viewers (10.1%).

BBC Three at 725P ran the movie ‘Pirates of the Caribbean: At World’s End’ was the highest performing multichannel offering, bringing in 754,000 viewers (3.8%).

Nine won on Friday but ABC1 had the #1 drama and the best new show on television with ‘Old School’.

ABC1 bounced back and finished third with 17.6% share of the available audience. It also had the #5 program, ‘Old School’ which was the top drama of the evening, airing at 830P, as 780,000 tuned in. It is this program that deserves special comment. What a treat. Sam Neill and Byran Brown, two of Australia’s biggest stars, create spirited fun, with a wonderful balance of mystery, action and humor, and have these two shining stars whose charisma spills off the screen. This program will grow to great heights once it is discovered by the nation. This is Must See TV ON DEMAND. It is the only Australian television show given that designation so far. #8 on the evening was ‘ABC News’ with 689,000 viewers.

SBS finished fifth with 5.7% share of the available audience.

For updates throughout the day, FOLLOW on Twitter @overtheshoulde2 and
LIKE at http://www.facebook.com/overtheshouldermedia and on Google+ http://bit.ly/19JVk76
Catch up with the latest edition of Media Notes Canonical at http://www.cnasophis.com
Media Notes Briefs can be found at http://sophis1234.tumblr.com
New This Week: Retailers Looking To Merge Online & Offline Shipping Experiences @ http://bit.ly/1jxnTJN