CBS Powers To Another Wednesday Victory. BBC One Was On Top In The U.K. Nine Again Is #1 In Australia With The Voice.

Posted on May 8, 2014 by overtheshouldermlb

CBS & ‘Criminal Minds’ were #1 on Wednesday.

Wednesday, 05.07.14 (Posted on 05.08.14)
CBS again finished on top of the ratings on Wednesday, Day #14 of the May Sweeps with a veteran lineup that won every single half hour during prime time. It was the second night in a row for The Tiffany Network to lead the way. At 8P, ‘Survivor: Cagayan’ drew 9.91 million viewers and a 6.1 rating and a 10 share of the available audience. At 9P, ‘Criminal Minds’ was the top program on the network, in its time slot and for the evening on all of television as it drew 10.52 million viewers and a 6.7/11. At 10P, ‘CSI’ season finale drew 10.01 million viewers and a 6.4/11. Wednesday was a Master class in broadcast network programming which has stood tall through the test of time. It was the only broadcast network that increased viewership on Wednesday from the comparable day last season. 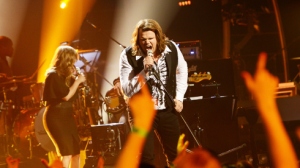 FOX at 8P continued with its ‘American Idol’ which drew 7.97 million viewers and a 5.6/9, down 25% from the comparable day last season. However, it was announced by FOX that the audition schedule for the coming year, beginning June 18th, includes the home towns of all the judges and more meaning ‘Idol’ will be back on the schedule next season, season #14. ‘Idol’ is iconic and certainly one of the most dominating programs in the history of television. Despite some programming flaws by the suits at the Animal Network of Broadcast, bringing back an icon is a good thing. The judges are some of the best the program has ever had. There has never been a judge that is more fundamentally sound musically as is Harry Connick, Jr. JaLo is pop. Keith is not but knows every song in the book.

NBC has to consider a new program at 8P, as ‘Revolution’ drew only 3.78 million viewers and a 2.9/5. At 9P, ‘Law & Order: SVU’, which was renewed for its 16th season, drew 5.34 million viewers and a 3.9/6. And at 10P, one of the best new programs of the year, ‘Chicago PD’ drew a high for the Peacock Network on Wednesday with 5.39 million viewers and a 3.8/7 with an episode that was stunning. If you want to see who the players are (or perhaps we should say were as one of their own was seen shot in the final minutes of this episode), this is Must See TV ON DEMAND. If it weren’t for ‘CSI’, it might get a chance to shine in the coming seasons. 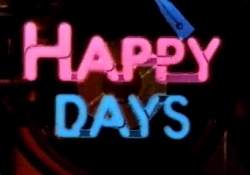 On this day in 1984, Joanie (Erin Moran) and Chachi (Scott Baio) got married on ABC-TV’s ‘Happy Days’. What could be better than that. Check it out at https://www.youtube.com/watch?v=6NuyA7R8pRE

NBC has picked up ‘Law & Order: SVU’ for season 16. FOX canceled ‘Surviving Jack’, which is sad because this was a very funny program and deserved a network better than the Animal Network of Broadcast. It also cancelled ‘Dads’ and ‘Enlisted’. They had to go. But, ‘Rake’ was also cancelled and that is an absolute shame. The CW cancelled ‘Carrie Diaries’, ‘Tomorrow People’ and ‘Star-Crossed’.

PBS announced today an expansive fall primetime lineup that launches with the premiere of Ken Burns’s seven-part series ‘The Roosevelts: An Intimate History, introduces ‘How We Got To Now’, a new “Think Wednesday” series hosted by the popular American science author and media theorist Steven Johnson, and presents the compelling new documentary ‘The Pilgrims’ from AMERICAN EXPERIENCE. Fall also marks the second seasons of the popular series ‘Finding Your Roots’ with Henry Louis Gates, Jr. and ‘Makers’, as well as expanded entries from the PBS Arts Fall Festival, which features new specials, including LIVE FROM LINCOLN CENTER’s ‘Sweeney Todd’ starring Emma Thompson and Bryn Terfel, and ‘The Nance’ starring Nathan Lane. ‘The Roosevelts’ kicks off PBS’ fall season Sunday, September 14, with an epic seven-night premiere. The 14-hour documentary airs nightly at 8P through Saturday, September 20 with a repeat at 10P, and for the first time on television weaves the stories of Theodore, Franklin and Eleanor Roosevelt, three members of one of the most prominent and influential families in American politics.
Sunday nights feature the best of British drama and intriguing documentaries on historical icons, and this fall season is no exception. Star-studded dramas come to MASTERPIECE, including “Death Comes to Pemberley,” an adaptation of P.D. James’ witty and inventive continuation of Jane Austen’s Pride and Prejudice, starring Matthew Rhys (“The Americans”) and Anna Maxwell Martin (“Bleak House”) on October 26 and November 2. Bill Nighy (The Best Exotic Marigold Hotel) reprises his role as MI5 spy Johnny Worricker first seen in 2011’s acclaimed “Page Eight” in two new “Worricker” stories: “Turks & Caicos” and “Salting the Battlefield” on November 9 and 16, respectively. Joining Nighy are top-tier costars Christopher Walken, Winona Ryder, Helena Bonham Carter and Ralph Fiennes.
Mondays, audience favorite ANTIQUES ROADSHOW premieres six new episodes for the fall season, beginning September 22, traveling to Knoxville, Tennessee, and Jacksonville, Florida, to uncover valuable treasures such as Muhammad Ali’s training shoes and Robert E. Lee’s Richmond map. POV explores the art of politics in “Koch” on September 22, recalling the life and times of New York City’s former mayor Ed Koch that is as boisterous and unconventional as the man himself. INDEPENDENT LENS returns with a roster of new documentaries, among them “Twin Sisters,” the fascinating story of Chinese foundling twins who are adopted by two sets of parents and grow up halfway across the world from each other ? one in California and the other in Norway. When the girls are finally reunited eight years later, they not only look and act alike, but are connected by an unmistakable and inextricable bond.
Tuesday nights are devoted to exploring the personal histories and ancestries of pioneers who helped shape modern society, including the return of FINDING YOUR ROOTS with Henry Louis Gates, Jr. on September 23, in which the Harvard scholar and cultural critic helps famous people identify relatives hidden for generations. This second season features 30 guests, including actor/director Ben Affleck, journalist Anderson Cooper, tennis great Billie Jean King, author Stephen King and rapper Nas. As Thanksgiving nears, filmmaker Ric Burns’ THE PILGRIMS: AMERICAN EXPERIENCE, premiering November 25, explores the converging forces, circumstances, personalities and events that propelled a group of English men and women across the Atlantic in 1620. Six new documentaries from MAKERS begin September 30 and feature groundbreaking American women in different spheres of influence, including war, comedy, space, business, Hollywood and politics. AMERICAN MASTERS spotlights notable Baby Boomers September 23 with THE BOOMER LIST, from acclaimed filmmaker Timothy Greenfield-Sanders, and BING CROSBY, a profile of the most popular and influential multi-media star of the first half of the 20th century from Emmy-winning director Robert Trachtenberg, on December 26.
“Think Wednesday” PBS’ primetime lineup of television’s best nature, science and technology programming, returns with new episodes of acclaimed series NATURE and NOVA in the 8 p.m. and 9 p.m. hours respectively, and new specials debuting at 10 p.m. NOVA debuts “Acid Ocean” (w.t.) October 1 and NATURE premieres “Animal Misfits” October 22. Premiering October 15 is the new six-episode series HOW WE GOT TO NOW WITH STEVEN JOHNSON, which tells the stories behind remarkable ideas that made modern life possible. (See an embeddable clip here). Also joining the “Think Wednesday” lineup is LIFE ON THE REEF, a fresh view of Australia’s Great Barrier Reef, beginning September 24.
On Fridays, the PBS Arts Fall Festival, entering its fourth season, has become a Friday night tradition that will now expand to an 11-week footprint in the PBS Fall schedule. Included this year is the start of LIVE FROM LINCOLN CENTER’s 40th anniversary season with “‘Sweeney Todd: The Demon Barber of Fleet Street’ In Concert With the New York Philharmonic,” starring Emma Thompson as Stephen Sondheim’s conniving piemaker and Bryn Terfel as the barber, on September 26; AUSTIN CITY LIMITS CELEBRATES 40 YEARS, a celebration of the seminal music series with special performances from some of the biggest stars in the show’s 40-year history, on October 3; THE GERSHWINS'(R) PORGY AND BESSSM FROM SAN FRANCISCO OPERA (by George Gershwin, DuBose and Dorothy Heyward, and Ira Gershwin) starring bass-baritone Eric Owens as Porgy and soprano Laquita Mitchell as Bess on October 17; MICHAEL FEINSTEIN AT THE RAINBOW ROOM, celebrating the reopening of the historic restaurant and nightclub known for hosting the elite and influential, on October 31; THE HITMAKERS (w.t.), an up-close look at the music industry’s resilience in the digital age, on November 14; an encore presentation of GREAT PERFORMANCES “Cats” on November 21; and much more, including LIVE FROM LINCOLN CENTER’s “The Nance,” a heartbreaking drama starring Nathan Lane (produced by Lincoln Center Theater) as a gay burlesque performer in the dangerous world of 1930s New York. PBS’ acclaimed public affairs shows WASHINGTON WEEK WITH GWEN IFILL and CHARLIE ROSE – THE WEEK return to kick off the weekend and the arts on Friday nights. Monday-Friday, the PBS NewsHour offers in-depth stories on the top news events.

NBC launched a broad video-advertising campaign on Facebook to promote three midseason shows, ‘Rosemary’s Baby’, ‘The Night Shift’ and ‘Undateable’, becoming the first television network to use the social media company’s autoplay video ads. The Peacock Network is looking to build awareness ahead of the TV premieres later this month, and Facebook is the biggest and best place to do that, said NBCUniversal VP of media, Kjerstin Beatty. The social site now averages more than 150 million daily active users in the U.S. “Facebook, the scale alone there, the ability to deliver as many eyeballs as we’re doing today, it’s really hard to find that anywhere else,” she said in an interview. The video ads are like a regular Facebook ad promo “on steroids,” Beatty added. The NBC campaign kicked off at 12:01 a.m. Eastern Wednesday and runs for a 24-hour period. The ads will show up in the newsfeeds of all adults 18 and older on Facebook. Facebook and NBC aren’t putting a dollar figure on the deal, but Facebook is charging around $1 million per day for such broad campaigns, sources confirmed.

CHANGING CHANNELS: AMERICANS VIEW JUST 17 CHANNELS DESPITE RECORD NUMBER TO CHOOSE FROM
Americans have no shortage of options in every aspect of their lives. The proliferation of devices for consuming content has enabled more choices than most can count. But the “problem” of having too many options—including a growing expanse of content—doesn’t seem to be having an impact on our TV viewing preferences. According to Nielsen’s forthcoming Advertising & Audiences Report, the average U.S. TV home now receives 189 TV channels—a record high and significant jump since 2008, when the average home received 129 channels. Despite this increase, however, consumers have consistently tuned in to an average of just 17 channels. This data is significant in that it substantiates the notion that more content does not necessarily equate to more channel consumption. And that means quality is imperative—for both content creators and advertisers. So the best way to reach consumers in a world with myriad options is to be the best option. 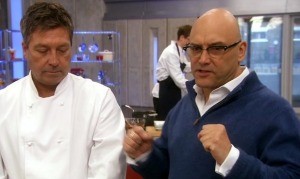 Nine & ‘The Voice Australia’ were again #1 on Wednesday.

For the record, Ten was third on the evening as it had 19.2% share of the available audience. Although it did not have a show in the Top Ten on Wednesday evening, it did have #11 which was ‘MasterChef Australia’ with 787,000 viewers.

SBS finished 5th with 4.7% share of the available audience.