Monday Had ABC On Top In The U.S. ITV #1 In The UK. Nine Powered To Win In Australia.

Posted on May 6, 2014 by overtheshouldermlb 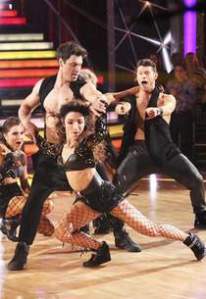 ABC’s ‘Dancing with the Stars’ was #1 on Monday as Maks Chmerkovskiy and Meryl Davis are shown. Photo Credits: Adam Taylor/ABC

Monday, 05.05.14 (Posted 05.06.14)
ABC had the power on Monday on Cinco de Mayo and won Day #12 of the May Sweeps as at 8P, ‘Dancing With the Stars’ took front and center with 13.12 million viewers and a 9.0/14. At 10P, there was an extraordinary episode of ‘Castle’. For the record, it pulled in 9.00 million viewers and a 5.8/10. But the real joy of this was that rarely is there a group of writers that give their audience the joy of an ending to an arc which lasted for years. Last night the writers, actors and the director of ‘Castle’ gave their fans a brilliant episode with one of the great final scenes in the history of television. And this wasn’t even the season ender. This was an absolute Must See TV ON DEMAND episode. It was brilliant.

NBC at 8P began the evening with ‘The Voice’ and it drew 11.00 million viewers and a 6.7/10. At 10P, with just a tad less viewership, ‘The Blacklist’ finished with 10.47 million viewers and a 6.5/11. Certainly, one of the best new shows of this season, it was the best new drama hands down. And this episode was one of the most complex in a very complex-compounded season of twists and turns, ups and downs, bad guys against the good. But this episode had you scratching your head as the ‘end began’. The nemesis of ‘Red’ Reddington was coming and now the battle would begin. Next week should be one of the most anticipated programs of the year. The suits at the Peacock Network had a night and better yet, have a lot of nights ahead with this series. 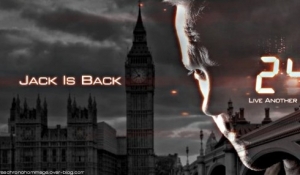 FOX had only one program this evening, the long-awaited reboot of ’24: Live Another Day’ and the season premiere at 8P drew 8.08 million viewers and a 5.8/9. It may have been only one program all night, but what a program. JACK WAS BACK. And as is his case, Jack was swinging like never before. With Cloe by his side, it seemed like yesterday that the battle was in front of us and we were all on board for the ride. This was absolutely Must See TV ON DEMAND. And the next 11 weeks can’t come fast enough. The Animal Network of Broadcast brought us all the joy of the visit of an old friend who is as good as our memory remembers him.

All in all, this was one of the best nights of television in memory. If only CBS would have held up its end and given us an hour and a half of original programming, it would have been perfect. 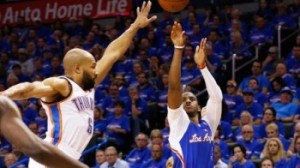 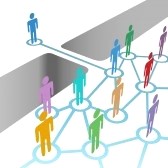 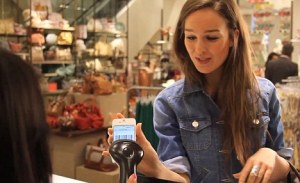 Smartphones and tablets are quickly becoming as much a part of the shopping experience as coupons and credit cards. In an article by Dan Horn in the Cincinnati Enquirer (http://cin.ci/1shcYGK), a new survey from Symmes Township-based card processor Vantiv found significant increases over the past year in customers who research and pay for products with tablets and phones. Roughly 33% of shoppers report having used a tablet and 11% a smartphone to pay for items in physical stores this year, according to a survey by card processor Vantiv. The numbers are up from 19% and 2% last year, respectively. The survey also found that 43% of consumers use mobile devices while shopping for purposes such as price comparison and product reviews, spending an average of 11 minutes on device while they’re in-store.

The growing popularity of in-store mobile purchases is both a challenge and an opportunity for retailers, many of whom didn’t anticipate the shift to digital would happen this quickly. They’re now scrambling to create apps and friendlier mobile payment methods. “In the last couple years, everyone was fixin’ to get ready for mobile,” said Lorena Harris, Vantiv’s vice president of marketing. “Now it’s about how can merchants play catch-up, because it’s coming so fast.” She said mobile isn’t just a popular way to pay. It’s also increasingly the tool customers use to determine whether they want to buy at all.

The survey found 43% of consumers now use mobile devices while shopping, spending an average of 11 minutes on their phone or tablet while in the store. About 40% of them use the device to compare prices, while others check reviews, share photos of products or communicate with friends about a possible purchase. The survey covered more than 2,000 people and has a margin of error of plus or minus 2.2 percentage points.

Mobile also is increasingly used outside of stores for purchases from online retailers – climbing from 7% to 16% of shoppers over the past year – but in-store mobile use is even more popular. “They want to see and touch and feel these objects before they make a purchase,” said Dean Seifert, Vantiv’s senior vice president for product strategy. “That is the new shopping experience. It’s enabled by … a whole lot of technologies coming together.”

The growth in mobile shopping tracks with the continued spread of mobile devices. Two-thirds of consumers are now “mobile enabled,” according to the survey, and use is higher among young adults and people who earn more than $100,000 – two major targets of retailers. A majority of those shoppers told Vantiv they want to be completely reliant on mobile within five years. The survey found the shopping experience often begins when consumers are relaxing at home or elsewhere with their mobile devices, searching sites for possible purchases. “That’s the reason it’s so enticing to merchants,” Harris said. 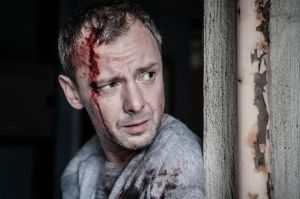 ITV at 9P ‘Prey’ topped the ratings overall outside of soaps, with 4.9 million viewers (19.8%) on Bank Holiday Monday.

BBC One at 730P had ‘Bang Goes the Theory’ and it brought in 2.6 million viewers (11.4%). At 830P, a rerun of ‘Miranda’ dropped a bit to 2.3 million (9.2%). Gary Barlow’s chat with James Corden attracted over 3 million viewers on Bank Holiday Monday, according to overnight figures.

On BBC Two at 7P, the ‘Snooker World Championship Final’ brought in an average 3.5 million viewers (15.2%), way above the other rounds televised earlier. It was a big audience for BBC Two. 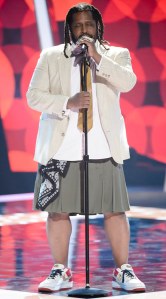 Nine won again on Monday evening in Australia with a stunning 34.2% share of the available audience. Seven came in second with a 27.5% share. ABC1 came in third with 17.6% share just ahead of Ten who came in with 16.2% share. SBS finished the evening with 4.4% share.

Ten came into the Top Ten on Monday with the premiere of ‘MasterChef Australia’ and it drew 874,000 viewers, the only program in the Top Ten not to draw a million viewers.