Wednesday was CBSday in The U.S. BBC One On Top In The U.K. Seven The Power In Australia.

Posted on May 1, 2014 by overtheshouldermlb 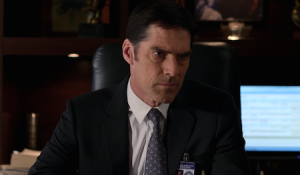 Wednesday, 04.30.14 (Posted 05.01.14)
CBS won Day #7 of the May Sweeps with another victory and an average of near 10 million viewers, finishing up the evening 477,000 ahead of last year on the comparable day. At 8P, broadcast’s first reality show, ‘Survivor’ finished #1 in its time slot with 9.70 million viewers and a 5.9 rating and 10 share of the available audience. At 9P, the Tiffany Network’s #1 program on the evening, ‘Criminal Minds’ joined the Ten Million+ Program Club with 10.3 million viewers with a 6.6/10, finishing more than 2 million viewers ahead of the nearest competition. At 10P, fans were thrilled with the introduction of Patricia Arquette and her new Cyber Crime Unit, in a possible new ‘CSI’ spinoff, as the veteran show wowed 9.95 million viewers and a 6.6/11, more than 2.7 million viewers ahead of their competition. It finished up 840,000 viewers from its last original airing, the best on the night for CBS. It was absolutely a Must See TV ON DEMAND episode you should not miss. It was a great night for Black Rock.

FOX came in a strong second, but was down 2.428 million viewers from the comparable day last season, behind ‘American Idol’ as the Final Five sang for their supper. And when most showed nerves during their performances, Caleb Johnson rocked the house with a resounding final performance of the evening singing “In the Still of the Night” by Whitesnake, and delivering 8.79 million fans and a 5.3/9. Although it got beaten pretty badly by CBS, it still held the attention of a large share of the audience leaving the other networks to suffer through another bad night. Overall, only three of the talent gave good performances, Jena Irene, Alex Preston in addition to Johnson. This should be your final three. But the magic of Sam Wolff has a teen following that is hard to defeat. If you want to see the reincarnation of Ricky Nelson, take a look at Sam. If he makes it past tonight, he should consider singing ‘Travelin Man’. You can check out Ricky’s big hit at https://www.youtube.com/watch?v=0janfcZ8LUw. Take a look at the closeup. Isn’t it a perfect Sam?

NBC was one of those networks. The Peacock Network, ahead of last year by 150,000 on this comparable day, began at 8P with ‘Revolution’ which produced only 4.32 million viewers (2.9/7) and could spell the end to the program. At 9P, ‘Law & Order: SVU’, the always reliable fixture on Wednesday evening, brought the network out of the grave and drew 6.2 million and a 4.1/7, allowing ‘Chicago PD’ at 10P to become the top draw at 30 Rock with 7.28 million and a 4.8/8. This episode which was a cross over between ‘Chicago Fire’ and ‘PD’ was riveting as the real power of the investigative unit shinned bright. So many characters appeared in this episode it was like visiting guest star night at NBC. Yet it proved to be a great show and a Must See TV ON DEMAND episode. Note: the NBC affiliate carried NBA Playoff basketball in the Portland market.

ABC, which decreased its audience by 1,050,000 viewers vs the comparable day last season, at 8P began the evening with ‘The Middle’ which drew 7.39 million and a 4.7/8 for #3 in the time slot. At 830P, ‘Suburgatory’ dropped nearly two million viewers and finished with 5.51 million and a 3.5/6. At 9P, the power on the Alphabet Network’s Wednesdays, ‘Modern Family’ drew 8.39 million and a 5.1/6, an increase of more than 3 million viewers. At 930P, the network gave that big jump away with ‘Mixology’ which could only muster 3.78 million and a 2.5/4, a drop of nearly 4 1/2 million viewers in a blink of the eye. At 10P, ‘Nashville’ had little chance for success as it could only pull in 4.62 million and a 3.2/5 on this yo-yo night at Alphabetworld. The suits at Disney have to eliminate their 830P and 930P program choices if they want to be competitive on Wednesday.

The ‘S’ in CBS surely must stand for Selleck. ‘Magnum p.i.’ began it all.

On this date in 1988, the final episode of the CBS classic, ‘Magnum, p.i.’ aired. The show that made Tom Selleck a household name was one of the top rated shows at 8P on Thursdays. Dozens of notable actors appeared on the show. Carol Burnett, Ted Danson, Ernest Borgnine, Morgan Fairchild, Dana Delaney, Alfonso Ribeiro, Angela Lansbury (as Jessica Fletcher from Murder, She Wrote), Gerald McRaney and Jameson Parker (as Rick and A.J. Simon from Simon & Simon), Frank Sinatra, and Sharon Stone (to name just a few). Selleck at Thomas Magnum, private investigator, must have been the only leading star to drive a Ferrari 308GTS. 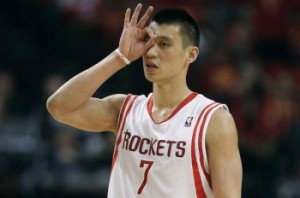 NBA Playoffs on TNT #1 on cable on Wednesday.

The top show in the UK on Wednesday was BBC One’s ‘MasterChef’.

BBC One has one thing you can count on. ‘MasterChef’ airs at 8P and it was still the top show outside of soaps on Wednesday. The big cooking series brought in 4.6 million viewers (21.3%). At 9P, ‘Panorama’s special’ about care home scandals brought in 2.9 million viewers (13.2%).

US media giant Viacom has bought UK free-to-air broadcaster Channel 5 for £450 million (US$757 million). “The acquisition of Channel 5 accelerates Viacom’s strategy in the UK, one of the world’s most important and valuable media markets,” said Viacom president and CEO Philippe Dauman. In an article by Stewart Clarke in TBI Vision, this date, “Channel 5’s momentum is indisputable, with impactful programming, increasing pularity and a growing digital platform. Channel 5’s management and employees have done an outstanding job building their brand and we are pleased to welcome them to our team.” The future of the Channel 5 has been subject to much speculation with Discovery and other media heavyweights linked to bids for the broadcaster, which is owned by Richard Desmond’s Northern & Shell. The company restructured the UK broadcaster and transformed its fortunes. The auction process for the channel, which was formerly owned by RTL, started in January and lawyers working on the deal said today the Viacom deal was signed last night. The deal, which is subject to regulatory approval, covers the full bouquet of Channel 5 services including the core channel as well as 5* (fka Five Life), and 5USA. It also includes the Demand 5 on-demand catch-up service. Dauman added: “Viacom’s global resources, technology and expertise will help Channel 5 develop even more compelling programming and provide content to consumers in exciting new ways. In addition, we will introduce our popular content to new UK audiences and create a comprehensive offering for our commercial partners on-air and on-line.” Paul Dunthorne, Channel 5 COO, said: “Since Northern & Shell’s acquisition of Channel 5 in 2010, the financial and operating performance of the business has been transformed with improved audiences and content offering. The combination of Channel 5 with Viacom’s global resources, technology and expertise adds further to the momentum of the business and offers numerous exciting opportunities for the channel’s future.”

‘The Big Bang Theory’ was the #1 comedy in Australia on Wednesday.