On Saturday FOX Won With NASCAR. ITV With Britain’s Talent #1 In The UK. Seven Squeaks By In Australia.

Posted on April 27, 2014 by overtheshouldermlb 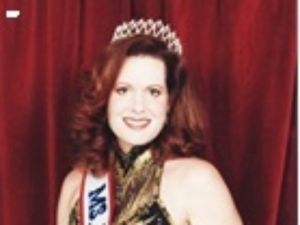 Saturday, 04.26.14 (Posted 04.27.14)
On Saturday, it was FOX which took the top prize with the one thing that television is great at: showing sporting events LIVE. And on Saturday, the third day of the May Sweeps, ‘NASCAR’ was the sport on the evening slate at it drew 5.182 million viewers. While narrowly edging out victorious in the 8P and 9P time slots, it was not the top program of the evening. But it didn’t need to be.

NBC came in second with a good showing at 8P from ‘Dateline’ with 5.17 million viewers for its two hour run. At 10P, the Peacock Network fell down again with a rerun of another episode of an old ‘Saturday Night Live’ telecast which predictably drew only 2.74 million viewers. So much for the good start from ‘Dateline’.

CBS came in third with reruns of ‘2 and 1/2 Men’ at 8P which drew only 2.62 million viewers and at 830P, a rerun of the horrible ‘Bad Teacher’ which debuted on Thursday, drew only 2.08 million. At 9P, the Tiffany Network brought some of its pride back by airing another rerun of ‘NCIS’ which could manage 3.69 million viewers in time to make its mark at 10P with the #1 program on Saturday evening, ’48 Hours’ which drew 5.52 million viewers.

ABC stumbled to the bottom on Saturday at 8P by showing a rerun of the fun movie, ‘Despicable Me’ which could only draw 3.13 million viewers. It’s a Disney thing you understand. And at 10P, it decided to run an adult program, ’20/20′ and it didn’t work as it could only muster 3.04 million viewers. The Alphabet Network must have been abuzz with ‘what are we? A kid’s network or an adult network?’ type of an evening.

An rerun telecast of ‘Saturday Night Live’ with host Louis C.K. and musical guest Sam Smith, averaged a 2.7/7 in household results. It was down from Melissa McCarthy’s rerun the previous week.

On this date in 1969, Joe Cocker made his debut appearance on ‘The Ed Sullivan Show’. Things they were a changing. Joe Cocker & the Grease Band sang ‘Feelin’ Alright’. Take a look at their performance in Cannes later in that year and you can see how John Belushi was so believable in his take on Cocker. https://www.youtube.com/watch?v=jFhIO3bU9HA 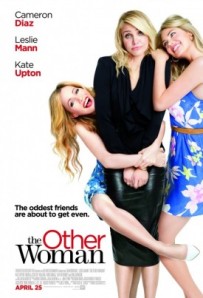 ITV’s ‘Britain’s Got Talent’ was #1 in the UK on Saturday evening.

ABC1’s ‘Death In Paradise’ was #1 on Saturday in Australia.

Saturday evening was a battle of the networks as very little separated the top four. Yes…the top four. But on this evening Seven edged the rest with 25.5% share of the available audience. Nine came in with 24.4% share while ABC1 finished with 23.3% share and Ten came in with 19.6% share. Even SBS was above its norm with 7.2% share.