CBS Is #1 On Thursday In The U.S. BBC One Again Is #1 In The UK. Nine Is Top Network In Australia.

Posted on April 25, 2014 by overtheshouldermlb

Thursday, 04.24.14 (Posted 04.25.14)
CBS won Day #1 of the May Sweeps and the night, Thursday, with America’s #1 comedy, ‘The Big Bang Theory’ which topped the night with 15.96 million viewers and an 11.0 rating and huge 19 share of the available audience to lead off the night at 8P. At 830P, ‘The Millers’ were dominant with 10.15 million viewers and a 6.3/10. At 9P, veteran ‘Two and a Half Men’ drew 9.46 million viewers and a 6.1/10. Then at 930P, a new series, ‘Bad Teacher’ fell into a second-place with 7.87 million viewers and a 5.1/8 for the series-premiere. It finished 42% above the finale of ‘The Crazy Ones’ one week earlier (3.6/ 6 on April 17). All in all, it may be one of the worst sitcoms in sitcom history. There is absolutely nothing to recommend this. It is curious how THIS could end up on CBS, a network that usually stand for quality. This can’t be compared with anything else except that which you threw out in the can this morning. At 10P, CBS got back into its groove with an absolutely interesting episode of ‘Elementary’. What feels slow at first roars to continuation into next week as Holmes faces his biggest hurdle of all…losing Watson. It won its time period with 8.12 million viewers and a 5.3/9, despite it bad lead-in. It was, however, Must See TV ON DEMAND.

But the real story of the night belonged to ABC and their new 10P series, ‘Black Box’. It opened with one of the most exciting 14 minutes in television series history. Explosive. Astounding. Riviting. Sensational. Absolutely absorbing. And starring one of the great new faces in U.S. television, an English actress, Kelly Reilly, as Dr. Catherine Black a famous neuroscientist who explores and solves the mysteries of the brain, ‘the black box’ as she called it, while hiding her own bipolar disorder from the world. But it is that time when she goes off the meds that bring the world a brilliant new talent. A star on British stage and in the Top Ten movie, Greg Kinnear’s ‘Heaven Is For Real’, Reilly explodes on the screen and the audience is left breathless. Surrounded by a terrific cast of David Ajala, Ditch Davey, David Chisum and Vanessa Redgrave. This is a Must See TV ON DEMAND NOW! program. Earlier in the evening on ABC at 8P was a rerun of ‘Jimmy Kimmel Live: Behind the Scandelabra’ which proves that Kimmel belongs at late night and now in prime time as it finished with 2.75 and a CW type 2.1/3. At 9P, ‘Grey’s Anatomy’ was the top show of the evening on The Alphabet Network with 7.64 million viewers and a 6.0/9. At 10P, ‘Black Box’ finished #2 behind competing ‘Elementary’ with 6.60 million viewers and a 4.6/8. The retention out of lead-in ‘Grey’s Anatomy’ was strong at 74%. And there was only a 4% decline at 1030P (4.6/8 to 4.4/8). 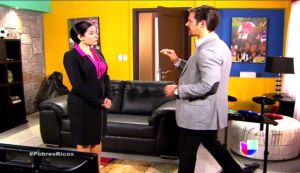 NBC had a ‘Thanksgiving’ of its own as it had the season-finale, a one-hour installment of ‘Parks and Recreation’ featuring a cameo appearance by First Lady Michelle Obama. It drew 2.71 million family, friends and White House staff and a 2.1/3 which was actually up by 24% from the 1.7/3 one week earlier thanks completely to the First Lady. Next at 9P on the Peacock Network was two-hour ‘Saturday Night Live’ special and tanked with 2.46 million viewers and a 2.0/3.

FOX began at 8P with ‘Hell’s Kitchen’ which drew 4.82 million viewers and a 3.6/6. At 9P, it is now down to the final five as ‘American Idol’ drew an Animal Network of Broadcast high with 7.60 million viewers and a 5.2/8, as Keith Urban wore a suit and a ’60s tie. It was down by 35% from the 8.0/13 from a year ago. It finished #3 in its time period. At 930P, ‘Surviving Jack’ drew 3.93 million viewers. It can thank the heavens for CBS putting that thing up against it. It could very well survive to another season. If it were on CBS or ABC, it would probably do very well. It is extremely well written and if you hadn’t noticed, it has no ‘laugh track’. This episode was hilarious and should be on everyone’s Must See TV ON DEMAND list. But because it is on FOX….

Telemundo had three hours of ‘Premios Billboard de la Musica Latina’ or the ‘Billboard Latin Music Awards’ beginning at 8P and drew a strong 2 million viewers and a 1.1/2 for the evening, beating out The CW on Thursday.

Today In TV History
On this date in 1940, W2XBS (now WCBS-TV) in New York City presented the first circus on TV. Contrary to popular belief, he was not the man on the high wire. However, if he was there, he would have been the dude holding up the tent. And there were no BAD TEACHERS in his tent at that time.

22 days before the worldwide simulcast of ‘Return To Zero’ on Lifetime.

NBA Playoffs on TNT #1 on Cable on Thursday

BBC One’s ‘MasterChef’ was once again #1 in the UK on Thursday.

BBC One at 8P presented ‘MasterChef’ and it topped the ratings outside of soaps once again on Thursday with 4.7 million viewers and an excellent 22.2% share of the available audience. At 9P, ‘Parking Mad’ brought in 4.1 million viewers 19.7%. At 1035P, the final ‘Life and Death Row’ rerun was seen by 1.7 million viewers (14.7%).

‘Seven News’ was the #1 program and newscast in Australia on Thursday.

SBS had 6.1% share of the available audience on Thursday, with it’s top program coming in #20, a rerun of ‘French Food Safari’ which drew 394,000 viewers.