CBS Dominates On Friday In The U.S. BBC One Tops All In The UK. Nine Finishes First In Australia.

Posted on March 8, 2014 by overtheshouldermlb 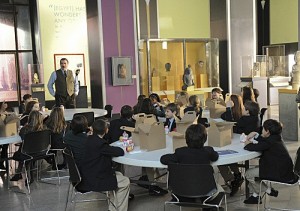 Friday, 03.07.14
CBS was dominant again on Friday as ‘Undercover Boss’ pulled in 7.46 million viewers. At 9P, ‘Hawaii Five-O’ brought in 10.26 million viewers, the second most on the night with a superb episode that featured the entire cast, plus Melanie Griffith in another performance only she can deliver. But the real star of this episode was the script. The writers should be proud of putting together three different lines through the show and yet devising one of the most intriguing mysteries of the year. But who was that person on the bench at the end? Must See ON DEMAND episode. But the top rung belonged to the cornerstone of Friday television, Tom Selleck’s ‘Blue Bloods’ which brought in 11.87 million viewers. This episode ‘Insult to Injury,’ shows Danny taking a call from a woman who is threatening to kill herself along with the man who killed her parents in a drunk driving accident. He rushes to find her. Another great performance from Donnie Wahlberg. Meanwhile, Frank accompanies his grandson, Sean, on a class field trip and struggles to get the lead chaperone to loosen the reigns so the kids can have fun. It also is Must See ON DEMAND television. And the local Tiffany Network affiliates love it because the audience continued to climb the entire evening, even through the last half hour where it reached its peak at 11.97 million viewers.

ABC began the night at 8P with ‘Last Man Standing’ and it started with 6.1 million viewers. At 830P, ‘Neighbors’ lost most of that audience and pulled in only 3.56 million. But at 9P, ‘Shark Tank’ pulled up the Alphabet Network and drew 7.49 million viewers. At 10P, ’20/20′ continued the upward trend by pulling in an average of 7.59 million viewers to finish the evening on a hight note. It’s that 830P slot that the suits at ABC have to concern themselves. It has to be improved.

NBC started the evening at 8P off with a bang as ‘Dateline’ pulled in a solid 7.67 million viewers which actually finished #1 in the time slot at 830P, moving ahead of ‘Undercover Boss’ by 420,000 viewers. But at 9P, it couldn’t hold its lead as the boys and girls from Honolulu’s police force blew ‘Grimm’ off the face of the leaderboard. ‘Grimm’ could only pull in 5.64 million, a loss of over 2 million viewers for the Peacock Network. But again at 10P, NBC lost everything as ‘Hannibal’ drew 2.53 million viewers, a dramatic loss of over three million viewers from the previous program and when it was all said and done, it finished the last half hour of the evening with a low of 2.46 million, a fall of 5 million viewers on this single evening on NBC in prime time. The Peacock Network shed nearly all of its feathers in a single evening.

FOX had ‘Bones’ leading off the evening and although the numbers can’t show it, this is one of the gems of broadcast television. The evolving of the relationship between Bones and Booth is fascinating. After watching this rerun episode, you can bet Booth will never call Bones his ‘best friend’ ever. Wonderful episode mixed like a stew in a cafeteria with human remains and another ingredient. The Must See ON DEMAND episode drew only 3.29 million viewers. But this coming week, it is moving back to its original time slot at 8P on Monday. At 9P, a rerun of ‘Enlisted’ drew a CW number of only 1.82 million viewers and at 930P, a rerun of ‘Raising Hope’ put the Animal Network of Broadcast into the dump with only 1.58 million viewers.

What makes Fallon a perfect fit for this generation of television? The production value of their musical moments are above and beyond anything else on late night television. For the record, “The Tonight Show Starring Jimmy Fallon,” 3.4/8 was #1 finishing ahead of #2 ABC’s rerun of ‘Jimmy Kimmel Live’ with 2.4/6. CBS’s “Late Show with David Letterman,” 2.3/5 finished last in the early late night standings. At 1235A, ‘Late Night with Seth Meyers’ with 1.7/5 beat ABC’s ‘Nightline’ with 1.54/4 and CBS’s ‘Late Late Show with Craig Ferguson’ which drew 1.1/4. At 135A, ‘Last Call with Carson Daly’ averaged a 1.0/4. But the real story was ‘The Tonight Show’ on Friday. For a unique view of what we’re talking about, catch Stephen Colbert singing ‘Friday’ with Roots. It is sensational! And the energy it brings to the viewing audience is second to none. http://www.latenightwithjimmyfallon.com/video/stephen-colbert-sings-friday-with-the-roots/n17119/ 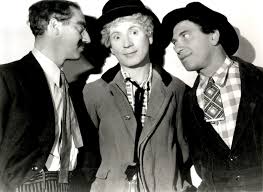 On this date in 1959, the famous Marx Brothers, Groucho, Chico and Harpo made their final TV appearance together. To see the conclusion, go to: http://www.youtube.com/watch?v=JTM6HBuK3Bk 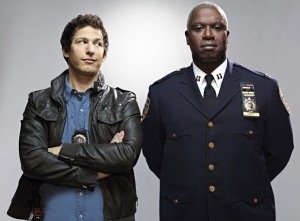 FOX has renewed several of its programs. ‘The Following’, ‘New Girl’, ‘Brooklyn Nine-Nine’ and ‘The Mindy Project’ were all picked up for next season on Friday. Fox chairman Kevin Reilly and chief operating officer Joe Earley praised all four shows as cornerstones of the network in a joint statement. They said: “These shows are some of the best and acclaimed series on television, with influential, culture-driving stars, and some of the best, most creative talent behind the camera. “All four are core assets within our 2014-15 portfolio of content, and we’re really happy to bring them back to our Fox fans for another season.” Suits at CBS, ABC, NBC, Unvision, The CW and Telemundo were celebrating this news. 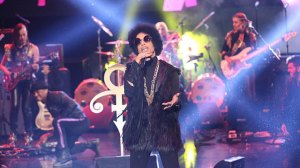 The legendary ‘Prince’ was the special guest on ‘The Arsenio Hall Show’ on Wednesday and blew the roof off of the ratings.

According to Variety’s Rick Kissell, a rare television appearance by Prince provided a ratings lift for ‘The Arsenio Hall Show’ on Wednesday. The singer’s guest appearance on the syndicated program averaged a 1.4 household rating/3 share, a huge 56% jump over the show’s February sweep period average, which was dominated by the Winter Olympics coverage. But itt was also up 50% in the adults 18-49 demo (0.6/3), a score higher than TBS’ “Conan” (0.4/1), which airs at the same time in many markets. Prince’s visit came a week after ‘The Arsenio Hall Show’ was renewed for a second season. That announcement was made by Jay Leno, who appeared in a cameo on the show just a few weeks after exiting NBC’s ‘The Tonight Show’. On ‘Arsenio’, Prince performed a new tune, ‘Funknroll’ and took questions from the audience. He also performed the vintage track ‘She’s Always In My Hair’ as well as premiering new song ‘Mutiny’. For a look at his performance, go to: http://rol.st/1hYnmPI. 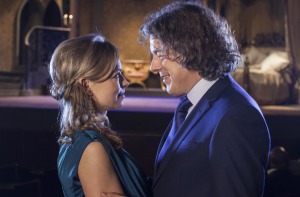 BBC One’s ‘Jonathan Creek’ was the #1 program in the UK outside of the soaps on Friday.

The incomparable ‘Jonathan Creek’ is back and BBC One is the winner. Its latest episode continued to attract high ratings last night (March 7), finishing as the highest-rated TV show outside of soaps. The second of sadly only three episodes in the series, starring Alan Davies and Sarah Alexander, brought in 5.57 million viewers (26.2%). The BIG One at 1045P had the romantic comedy ‘The Proposal’ which brought in 2.04 million viewers.

ITV’ at 8P had their new documentary series ‘Student Nurses: Bedpans and Bandages’ and it had 2.66 million viewers (12.6%) paying attention, as first-year trainee Kelly dealt with the challenges of nursing. At 9pm, ‘Edge of Heaven’ drew 2.19 million (6.3%) as Alfie and Michelle went their separate ways in an attempt to keep their kiss under wraps from Carly. Can you stand it?

Channel 5 crept into the million mark too last night with its latest episode of the History Channel’s import of ‘Ice Road Truckers’ which drew 1.01 million viewers (4.6%). The show was followed with a rerun of ‘Booze, Bust-Ups & Brothels: Soho Blues’ which attracted 755,800 viewers (3.6%). 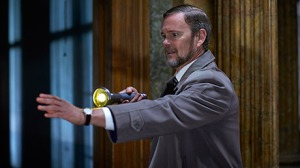 ‘The Doctor Blake Mysteries’ which was about cinema patrons who are shocked when a fire breaks out in the projection booth during a packed screening of Hitchcock’s Vertigo, was #1 non-news program in Australia on Friday.

On a sad note 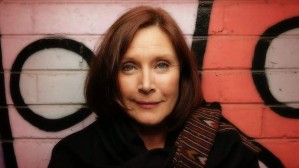 Australian actress Wendy Hughes, who was born in Melbourne, lost her battle with cancer early Saturday morning in Sydney. She was 61. The TV, film and stage star was best known for her movies “My Brilliant Career” and “Return To Eden.” She was a longtime cast member of the Aussie TV drama “State Coroner.” Other memorable roles included her take as Mrs. Robinson in the Australian stage adaptation of “The Graduate,” Martha in 2007′s “Who’s Afraid of Virginia Woolf?” and, most recently, Higgins’ mother in 2012′s “Pygmalion.” Hughes won the Australian Film Institute’s best lead actress award in 1983 for her performance in “Careful, He Might Hear You.” Actor Bryan Brown announced the death to the audience of Sydney Theatre Company’s Travelling North on Saturday afternoon. Patrons honored the late actress with a standing ovation.