On Friday It Was CBS As The #1 Network In The U.S. BBC One Tops In The UK. Seven Finished #1 In Australia.

Posted on March 1, 2014 by overtheshouldermlb 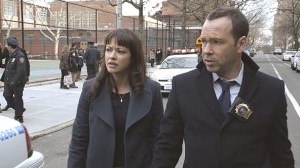 Friday, 02.28.14
CBS dominated Friday night in prime time winning each of the six half hours. At 8P, ‘Undercover Boss’ finished with 7.66 million viewers. At 8P, in an exceptional episode which featured everyone in the cast except one, and two guests stars along with two dead people in the wall of a home, ‘Hawaii Five-0’ became the first 10+ million program of the night by pulling in 10.5 million viewers. At 10P, the champ of Friday’s, ‘Blue Bloods’ came in with a powerful program about centered around hope and drew 11.8 million viewers. It was a definitive ‘Blue Bloods’ and it is a Must See ON DEMAND episode. The dinner table scene is one of the best directed scenes of the year. And the ending will not leave a dry eye in the house. Written by executive producer Ian Biederman, this is an Emmy Award caliber winner. Superb evening of superb programming on The Tiffany Network.

ABC was brave but fell short on Friday. At 8P, ‘Last Man Standing’ brought in 6.59 million viewers while at 830P, ‘The Neighbors’ pulled in a disappointing 4.52, losing more than 2 million from the leaden program. At 9P, ‘Shark Tank’ drew 7.84 million viewers by actually gaining in the second half hour with a peak of 8.13 million. While it was some two million short of ‘Hawaii Five-0′, it did improve as a lead in for ’20/20’ at 10P. But it could only draw 7.33 million against the power of ‘Blue Bloods’. It was an Avis kind of a night for the Alphabet Network.

As for NBC, it finished the evening way behind the others. Leading off at 8P, ‘Dateline’ was the best hope for the Peacock Network to pull off a power position on Friday but it finally came up with 6.22 million viewers good for #3 in the time slot. At 9P, ‘Grimm’ drew 5.2 million viewers, finishing way behind CBS and ABC in the time slot. At 10P, with the debut of ‘Hannibal’, it could only pull in 3.35 million viewers and actually was of little improvement of the horrible ‘Dracula’. It was a bad night at 30 Rock.

FOX led off the evening with a very interesting episode of ‘Bones’ where Bones as a juror led to find the accused ‘not guilty’ but had to prove that he was guilty by solving the murder. It was a very good episode but sadly only 3.39 million viewers bothered to watch. At 9P, ‘Enlisted’ dropped off the face of the earth with 1.84 million viewers while at 930P, ‘Raising Hope’ did not as it fell even further down the rabbit hole with 1.79 million viewers. 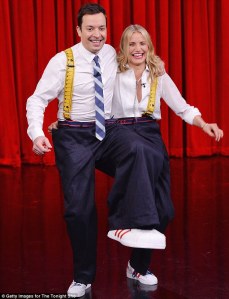 At 1135P, ‘The Tonight Show Starring Jimmy Fallon’ with guests Cameron Diaz, Ralph Fiennes and Mario Batali led the night with a 3.8 rating, 9 share in households. To see the hilarious dance sequence, go to: http://www.youtube.com/watch?v=YRhnA2WRzU0. CBS’s ‘Late Show with David Letterman’ with guests Ian McKellen & Patrick Stewart, Sophia Bush and comedian Michael Che pulled in a 2.7/6 and ABC’s with a rerun of ‘Jimmy Kimmel Live’ finished with a 2.2/5. At 1235A, ‘Late Night with Seth Meyers’ equaled its highest rating since Monday’s premiere, averaging a 2.2 rating, 7 share in household results best since the 2.6/9 for the show’s Feb. 24 debut. ABC’s ‘Nightline’ finished with a 1.3/4 and CBS’s ‘Late Late Show with Craig Ferguson’ did the same with 1.3/4. At 135A, ‘Last Call with Carson Daly’ averaged a 1.2/4.

Remember this? It’s the logo that began a legendary channel.

On this date in 1979, the NCAA granted ESPN the exclusive rights to telecast collegiate events. What was once the exclusive domain of the broadcast networks, the cable sports giant-to-be was on its way. Remember, there were only a few cable networks at that time including, CNN

Major League baseball comes to FOX Sports 1 next week. Next Monday, Tuesday and Wednesday FOX Sports 1 televises its first-ever Major League Baseball games, one Spring Training game per day, two from the Cactus League and one from the Grapefruit League. The first is Monday, March 3 at 3P (ET) and has the Arizona Diamondbacks hosting the Los Angeles Angels of Anaheim. The second is Tuesday, March 4 at 3P (ET), with the Angels playing host to the D’backs. Victor Rojas and Mark Gubicza have the call for both games. On Wednesday, March 5 at 1P (ET), the World Champion Boston Red Sox visit the defending National League Champion St. Louis Cardinals in a Fall Classic rematch with Dan McLaughlin on play-by-play and analysis from Al Hrabosky. FOX Sports 1 is simulcasting games being produced by FOX Sports West and FOX Sports Midwest, two of FOX’s industry-leading 22 owned-and-operated regional sports networks.

Despite their heavy social media use, 83.2% of Hispanic consumers list family and friends as their most trustworthy source for local shopping information. For more information on this study, go to: http://www.mediapost.com/publications/article/220427/hispanic-consumers-embrace-social-media-mobile.html

The Independent Spirit Awards can be viewed online at http://movies.yahoo.com/video/in

Alan Davies as Jonathan Creek with wife Polly (Sarah Alexander) was #1 on BBC One at 9P, Friday.

‘The Doctor Blake Mysteries’ was the #1 drama in Australia on Friday.

Needless to say, it really was not a television night in Australia on Friday.

But as you can see, no matter where people were watching television, they were…