It’s NBC Again #1 With Olympics On Saturday. BBC One With ‘The Voice UK’ Wins In The UK. Seven Tops In Australia Again.

Posted on February 23, 2014 by overtheshouldermlb

It was the Winter Olympics which again led NBC to victory on Saturday.

Saturday, 02.22.14
It was simply no contest on Saturday as NBC with the ‘Winter Olympics’ finished #1 for the 17th straight night as it drew 12.85 million viewers. It peaked at 10P with 14.05 million viewers. At 11P, the debut of Minnie Driver’s new series, ‘About A Boy’ was viewed by 8.27 million and a 2.2 rating among A18-49, per Nielsen. Comparably, the 10:30 p.m. portion of the ‘Winter Olympics’ averaged 12.97 million viewers and a 2.9 in the A18-49 demo. Since “About a Boy” aired outside of primetime, this initial performance will not be included in the averages for the night, week or season. Based on the Nicholas Hornsby book (and 2002 Hugh Grant movie of the same name), the relationship between a bachelor man-child (David Walton) and the young boy who moves in next door is the focus. Minnie Driver is the single mother neighbor. “About a Boy” debuts in its regularly scheduled Tuesday at 9P after ‘The Voice’ and leading into new comedy ‘The Family Fisher’ which will be previewed on Sunday after the Olympic closing ceremony coverage. For a look at ‘About A Boy’, go to: http://www.youtube.com/watch?v=WZOLynA2IBk#t=27.

FOX has the bad luck of presenting two programs nobody really wanted to watch. First, at 8P, ‘The Daytona 500 Bash at the Beach’ drew 1.55 million viewers. Then at 9P, a rerun of ‘The Following’ drew CW-like number with only 833,000 viewers tuning into the Animal Network of Broadcast. 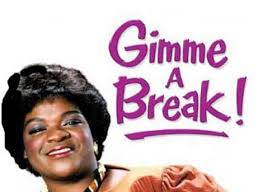 Today In TV History
On this date in 1985, the TV show ‘Gimme a Break’ was broadcast LIVE before a studio audience. It was the first TV sitcom to be seen LIVE since the 1950s. 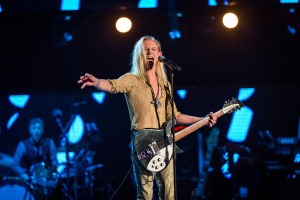 ‘The Voice UK’ is back and won the ratings race in the UK on Saturday.

Across The Pond
BBC One had ‘The Voice UK’ and it edged ahead on Saturday to top the evening in the UK. With 7.25 million viewers with 31.2% of the available audience, while it has been hampered with poor ratings in the past, the addition of new judges Ricky Wilson and Kylie Minogue, appear to be picking things up a bit. 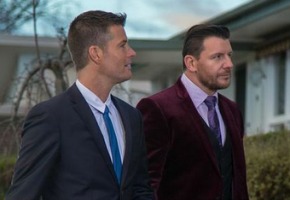 As you can see, no matter where people were watching television everywhere, they were…