CBS Clobbers Competition On Tuesday. BBC One Uses ‘Death’ To #1 In The UK. Seven Rides ‘Kitchen’ To The Top In Australia.

Posted on February 5, 2014 by overtheshouldermlb 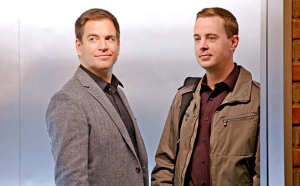 CBS’ ‘NCIS’, the #1 drama throughout the world, was the #1 program on Tuesday.

Tuesday 02.04.14
CBS clobbered the competition on Tuesday as the big program, ‘NCIS’ led off front and center and drew a powerful, evening television high of 19.53 million viewers at 8P with a 12.0 rating/19 share of the available audience. With an episode that ended an arc in going after the villain Parsa, Gibbs and the crew prove that the new addition is worth keeping. Great episode and finally another Kate who can speak up to the boss. At 9P, ‘NCIS: LA’ also had an episode of the season as the gang did what they do best…beat the bad guys and in doing so, they drew and extremely strong 16.39 million viewers and an extremely strong 9.8 rating and 15 share. This means that in the final LIVE+7 ratings, it could well finish above the magical 20 million viewer mark. That is rarified air. At 10P, perhaps the best program of the night played out as what seemed like a two hour feature was accomplished in the final hour of the evening as ‘Person Of Interest’ had one of their very best episode in their entire series. The new team is set and solid. If you did not see this one, it is a Must See TV ON DEMAND episode. It drew 12.35 million viewers and an 8.0/12, which was up 21% over ‘Vegas’ which occupied this time slot last year on this comparable day. ‘POI’ more than doubled all of the other broadcast competition in its time slot. It should be noted, CBS was preempted in Greensboro and Raleigh North Carolina from 8-10P due to college basketball coverage.

NBC at 8P presented special ‘Winter Gold’, NBC’s first Look at the Sochi Winter Olympics and drew 5.26 million viewers and a 3.6/6. At 9P, The Peacock Network had the season-finale two hour episode of ‘The Biggest Loser’ brought in 7.45 million viewers and a 4.9/8. It was 41% above last year’s comparable in these time slots.

‘Kitten Bowl’, a new annual tradition on Hallmark Channel on Super Bowl Sunday, opened with 3.2 million viewers in the Sunday 12-3P. Combined with three encores, ‘Kitten Bowl’ totaled 6.1 million viewers, which outperformed the year-ago time period average by 41% in households, 39 percent in adults 25-54 and 14 percent in women 25-54. Kitten Bowl also became Hallmark Channel’s most successful social media campaign to-date, with the show garnering more than 50,000 tweets on Sunday (and a reach of over 23 million overall).

Late Night
Late night had NBC’s ‘Tonight Show with Jay Leno’ in his second to last episode and finished #1 with a 4.2/10. It was the strongest local market rating for any night of the week since Wednesday, March 3, 2010 (4.2/11). Comparably, that was the highest Tuesday “Tonight” since March 2, 2010 (4.6/12). Leno’s guests that evening were Matthew McConaughey, Charles Barkley and Lyle Lovett. CBS’ ‘Late Show With David Letterman’ came out swinging with guests George Clooney and Sting. It finished with a 3.0/7, which is an extremely strong showing. ‘Jimmy Kimmel Live’ was an also ran on this Tuesday evening with a 1.8/5.

Powered by ‘Leno’s Tonight Show’ power, ‘Jimmy Fallon’ followed with a 2.1/7 in households, which was his best for a Tuesday since June 2, 2009 (2.1/ 7) during the week Conan O’Brien took over ‘The Tonight Show’. The 2.1 matches Fallon’s all-time Tuesday high. Jimmy Fallon will inherit ‘The Tonight Show’ hosting chair on Monday, Feb. 17. CBS’ ‘Craig Ferguson’ finished with a 1.5/5. ABC’s ‘Nightline’ averaged a 1.2/4, good for #3 in its time slot. NBC’s ‘Carson Daly’ at 135A finished with a 1.2/5 which was way above the norm for this time period. That reflective of the Leno influence.

BREAKING NEWS
CBS has landed the rights to air eight Thursday-night NFL games in the early part of the season, in a pact likely to cement the Eye’s dominance on one of the most important nights of the week for programming and advertisers. CBS will air eight early season games that also will be simulcast on NFL Network. NFL Network will also televise eight late-season games in the run-up to the playoffs. The mix of games will include 14 on Thursday nights and two late-season games on Saturday.The NFL has the option to renew the deal after the first year for another season.

“CBS is a premium content company and the NFL represents the best premium content there is,” said Leslie Moonves, chief executive of CBS Corp., in a statement. “I look forward to all this new deal will do for us not only on Thursday nights, but across our entire schedule.”

CBS has over the past few seasons transformed Thursday nights into a ratings powerhouse by importing several successful Monday-night sitcoms, including “The Big Bang Theory” and “Two and a Half Men.” Those two programs lent the Eye momentum as it sought to tackle the second weekly episode of Fox’s aging ratings juggernaut, “American Idol.” This season, CBS added two frosh laffers to the Thursday-night schedule, “The Millers” and “The Crazy Ones.” What CBS might do with its Thursday-night comedies remains to be decided, according to a person familiar with the situation, though it could certainly opt to move one or more of the shows to Mondays, where it also features a two-hour comedy block, or launch them on Thursday later in the fall. The NFL has been disappointed that its “Thursday Night Football” package hasn’t fared better in the ratings on NFL Network, though the net reaches just 72 million pay-TV homes. Broadcasters, by comparison, are in about 116 million homes.

NBC is attempting to make TV Everywhere easy for Olympics fans. The Peacock Network announced it’s giving viewers a 30-minute free pass to watch Winter Games video before they’re asked to verify that they’re subscribers. Users will need to download an app (NBCOlympics.com or NBC’s LiveExtra app) for access to over 1000 hours of live-streamed coverage; a video with Ryan Seacrest offers instructions for using the apps.

‘The Smothers Brothers’ made their debut on CBS on this date in Television history.

Today In TV History
On this date, the controversial variety-themed “The Smothers Brothers Comedy Hour” debuted on CBS in 1967.

‘House Of Cards’ renewed by Netflix

Television News
Netflix has ordered a third season of critically acclaimed political drama ‘House of Cards’ with an expected 13 new hour-long episodes for 2015. The renewal, which is the first for the Kevin Spacey and Robin Wright show, comes 10 days before the second season debuts on the streaming service. Netflix ordered two seasons and 26 episodes from the get-go.

BBC One’s ‘Death In Paradise’ was #1 in the UK on Tuesday.

Across The Pond:
BBC One at 9P, had their Tuesday powerhouse. ‘Death in Paradise’ blew up the time slot with 6.64 million viewers and a 28.8% share of market to be the biggest, non-soap show of the evening in the UK.

ITV had ‘Births, Deaths and Marriages’ finished a distant #2 with 2.51 million and a 10.9% share of the available audience.

On Channel 4, ‘Location, Location, Location’ drew 2.20 million and a 9.8% share of the available audience. At 9P, ‘The Taste’ averaged just 810,000 viewers and a 3.5%. It continues to lose viewers as it apparently as gone out of taste with the general public.