FOX Is Super On Sunday. BBC One Tops In The UK. Seven #1 In Australia.

Posted on February 3, 2014 by overtheshouldermlb

Two years ago, he was the Quarterback of the Big Ten Champion University of Wisconsin Badgers. Today, he is the QB of the World Champion Seattle Seahawks.

In the world of television, network executives dream of overwhelming numbers. There will be nothing for the remainder of the year that will top FOX’s Super Sunday performance. Overall, the evening brought the Animal Network of Broadcast a 44.6 rating nationally and an unbelievable 69 share of the available audience while 111.5 million viewers tuned in. It is the most watched program in history, according to Nielsen. The ‘Super Bowl XLVIII’, from Joe Namath wearing a mink coat to flip the pre-game coin toss to the dominating performance of the entire Seattle Seahawk team as it slowly, methodically ripped apart the Denver Bronco offense, defense and special teams, 43-8, to the post game which drew 46.19 million fans and the airing of an original episode of ‘New Girl’ featuring Prince in a rare television appearance outdid what you would expect from Prince and drew 25.8 million, to a new episode of ‘Brooklyn Nine-Nine’ which drew 14.8 million viewers gave FOX all it needed to call it a FOXnight. Last year, ‘Super Bowl XLVII’ featuring the Baltimore Ravens victory over the San Francisco 49ers on CBS, scored a tad larger with a 48.1 rating and a 71 share. That translated into 108.69 million viewers in total. A year earlier, ‘Super Bowl XLVI’ in 2012, the New York Giants against the New England Patriots on NBC drew a 42.6 rating and a 65 share. The top metered markets for this year Super Bowl were: Kansas City: 58.1/78; Seattle 56.7/92 (do you believe this share?); Indianapolis: 53.9/74; New Orleans: 53.2/72; Tulsa: 52.9/71; Las Vegas: 52.5/75; Portland: 52.4/82; Knoxville: 52.3/68; Jacksonville: 52.0/68 and Denver: 51.4/83. A word of note: during the second quarter, some Time Warner Cable subscribers lost the feed of the game in a commercial break. Their screens remained blank for an hour until TWC had fixed the problem. Also, perhaps the worse decision of media buying were those who placed advertisers in the fourth quarter of Sunday’s blowout. Denver was down more than 30 points and people were no doubt wandering away from the TV, especially after having to endure the old people claiming to be Seinfeld and Alexander in the Crackle.com spot. Speaking of commercials, there is a list of the best posted on http://www.facebook.com/overtheshouldermedia.

His purple-liciousness gave us all a reaffirmation of his extraordinary talent and for a major moment between Jess and Nick, Prince was king.

PBS had the second biggest non-FOX program of the evening. ‘Downton Abbey’ drew 6.8 million viewers as people opted instead to watch the drama over the Super Bowl. It is the third consecutive year as The Show That Did Best Against The Super Bowl.

Mobile & Social:
J.C. Penney got 41,000 retweets for two garbled messages issue on Twitter during the Super Bowl. The first read “Who kkmew theis was ghiong tob e a baweball ghamle” and the second “Toughdown Seadawks!! Is sSeattle going toa runaway wit h this???” People speculated over whether perhaps J.C. Penney’s social media team was drunk, but near the end of the game came the big reveal: ‘Oops…Sorry for the typos. We were #TweetingWithMittens.’

According to Twitter, more than 24.9 million Tweets were made during the live telecast of the game — more than the 24.1 million during last year’s game (which also featured a blackout that delayed the game for nearly half an hour). By comparison, the previous week’s Grammy Awards on CBS attracted roughly 15.2 million Tweets during the East Coast airing of the show. The highest Tweets-per-minute were generated by Percy Harvin’s 87-yard kickoff return for a touchdown to open the third quarter (381,605 TPM) and Jermaine Kearse’s 23-yard TD pass From Russell Wilson with 3:11 remaining in the third quarter (271,775 TPM). The end of the halftime show, which featured Bruno Mars and the Red Hot Chili Peppers, averaged 229,533 TPM.

On Facebook, more than 50 million people had more than 185 million interactions (posts, comments and likes) related to the Super Bowl. The Harvin kickoff return and Kearse touchdown catch were also the most popular here, followed by Malcolm Smith’s interception of Peyton Manning run back for a touchdown in the second quarter and then the final seconds of the game. The fifth most popular moment on Facebook, the lone bright spot for the Broncos, was Demaryius Thomas’ touchdown to make it 36-6.

FOX Sports’ live stream of the Seattle Seahawks victory in Super Bowl XLVIII, defeating the Denver Broncos 43-8, was watched by an average audience of 528,000 viewers per minute…the most-viewed live stream ever for a single sports event in the U.S.

For Live+ 7 Stats for the week, go to: http://www.facebook.com/overtheshouldermedia 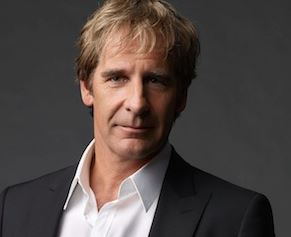 CBS Announced ‘NCIS’ Potential spin off, ‘NCIS: New Orleans’ will star Scott Bakula. It may be a Quantum Leap.

BREAKING:
CBS has announced that it has cast Scott Bakula as Special Agent Pride, who leads the New Orleans branch of the crime fighting organization, NCIS. His character will appear in a two part episode this spring that will serve as a backdoor pilot for the proposed NCIS: New Orleans spin-off. Last year, CBS employed a similar strategy, introducing characters for a potential NCIS spinoff, NCIS: Red in an episode of NCIS, but decided not to move forward with the project. The show’s first spin-off NCIS: Los Angeles has been a success for the network.

Today In TV History:
On this date in 1968, James Brown performed ‘I Got the Feelin’ on ‘American Bandstand’.

Seven has cancelled ‘Today Tonight’ in Sydney, Melbourne and Brisbane.

Down Under:
The big news in Australian television is that Seven has confirmed its move to a one hour news bulletin in Sydney, Melbourne and Brisbane, confirming the cancellation of ‘Today Tonight’ after 20 years. Locally-produced versions will remain in Adelaide and Perth.