CBS Wins Saturday. BBC One #1 In The UK. Network Seven #1 In Australia.

Posted on January 26, 2014 by overtheshouldermlb

When in doubt, bring out a rerun of ‘NCIS’ and it will propel any network to victory. On Saturday evening, in a low viewership night, at 8P, CBS started out with a pair of comedy reruns beginning with ‘Mike & Molly’ which drew a time period leading 3.36 million viewers and at 830P, ‘Two and A Half Men’ brought in 3.6 million. Then at 9P, the big gun boosted the audience as ‘NCIS’ brought in 5.16 million winning its time period easily. At 10P, the biggest show of the evening, ’48 Hours’ brought in 5.24 million viewers, riding the wave of Gibbs and company. When in doubt, bring another episode of Leroy Jethro Gibbs and the time period is yours.

ABC at 8P brought out ‘Flushed Away’ which drew 2.21 million viewers. At 10P, ’20/20′ while giving The Alphabet Network an evening hight with 3.53 million viewers simply could not match the lead-in power of ‘NCIS’ brought to ’48 Hours’ on The Tiffany Network.

FOX brought on live action at 8P with ‘UFC: Henderson vs Thompson’ and it drew 2.55 million fans for the Animal Network of Broadcast. But it wasn’t enough except to place #2 in its 8P time slot.

NBC brought out at 8P ‘Shawn White: Russia Calling’ as a preview of their coverage of the 2014 Winter Olympics from Sochi. It could only draw 2.15 million viewers. Is this a sign of disinterest in the coming security minded Olympics? It virtually had no competition. At 9P, a rerun of ‘Blacklist’ didn’t do the trick as once again we say James Spader’s character suffocate one of his enemies toward the end of the episode. At 10P, another rerun of an old ‘Saturday Night Live’ drew only 2.67 million viewers. 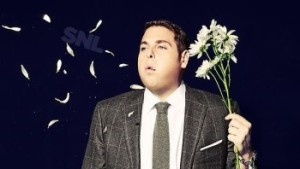 Welcome to new viewers in the US, Canada, the UK, France, Spain, The Netherlands, Germany, Sweden, Russian Federation, Serbia, Italy, Saudi Arabia, Argentina and Australia. Love having you join us every day.

Today in TV History: CBS aired on this dates in 1979 the first episode of ‘The Dukes of Hazzard’. And on this date on ‘American Bandstand’ in 1962, Dick Clark introduced Lou Rawls on ‘Bandstand’ in Philadelphia singing his new song, ‘Nine Pound (9 lb.) Hammer’.

Dick Clark and the ‘American Bandstand’ back in the day. 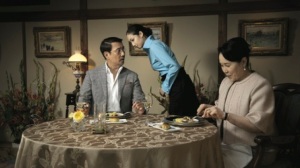 TECHNOLOGICAL BREAKTHROUGH:
Japanese public broadcaster NHK has for the first time transmitted video signals in 8K definition over a significant distance. The successful experiment in broadcasting from Hitoyoshi to a receiving station 27 km away, is a major step forward with its proposed 8K Super Hi Vision broadcasting operations. The company has been experimenting with 8K since the 1980s and has said that it plans to start broadcasting some sports, documentaries and special events in the format from 2016. Super Hi Vision uses 33 million pixels per frame and offers a resolution higher than recordings using IMAX 70mm.

BBC One Topped Saturday with ‘The Voice UK’. This is Adele’s cousin, Georgia.

ITV3 at 9P had ‘Midsomer Murders’ which topped the multichannel ratings with 1.05 million viewers tuning in (5.28%).

Today in TV History: On this date in 1975, The BBC showed a documentary on David Bowie called ‘Cracked Actor’. 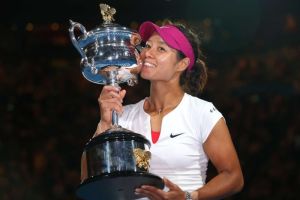 ABC1 had the #4 program, ‘ABC News Saturday’ which drew 741,000 viewers. The top non-sport and non-news program on Saturday was ‘The Mystery of Agatha Christie with David Suchet’ which was the nation’s #6 rated program. It finished with 527,000 viewers.